The Polish-Canadian pastor who has been repeatedly arrested for holding church gatherings in Calgary, Alberta, was arrested again over the weekend after he attended a protest outside the provincial health minister’s home.

Pastor Artur Pawlowski and his brother Dawid Pawlowski were arrested roadside on New Year’s Day on their way home from the protest, where approximately 50 people gathered for about 45 minutes on the road outside Alberta Health Minister Jason Copping’s house to demonstrate against ongoing health orders and the province’s vaccine passportprogram.

Artur Pawlowski has faced repeated, dramatic arrests and been fined tens of thousands of dollars for his resistance to restrictive COVID-19 rules for his church that he believes are unconstitutional, including strictures compelling certain speech from the pulpit.

According to video of the latest incident, a motorcade of Calgary Police pulled Pawlowski over, cuffed him while he was facedown in the snow and carried him to one of their vehicles.

Since first drawing international attention last Easter for ejecting armed police who entered his sanctuary to inspect it for COVID-19 rules compliance, Pawlowski has refused to limit attendance at his church despite facing repeated contempt charges and other conspicuous arrests, including in the middle of a highway and on the tarmac of Calgary airport.

In October, he was sentenced to 18 months probation by Court of Queen’s Bench Justice Adam Germain for holding church services in violation of a court order related to a failure to enforce masking requirements, attendance limits, and social distancing rules. Germain restricted his travel and mandated that the pastor read a script echoing government health officials whenever he speaks publicly about COVID-19 and vaccines, even from the pulpit. An appeals court issued a stay against those conditions last month.

Pawlowski and his brother were released on bail Sunday after being criminally charged on one count of failing to abide by a court order that supposedly forbids them from attending an “illegal public gathering.”

Gathering outside to protest on public property is not illegal in Canada, but Alberta’s most recent health order mandates that anyone who participates in such a demonstration is required to be masked at all times and maintain at least two meters of distance from others.

Many at the protest, which was monitored by a police helicopter, were unmasked and closer together than two meters apart, according to video of the demonstration.

When asked why Pawlowski and his brother were the only ones from the protest to be arrested on their way home, a spokesperson for the Calgary Police Service (CPS) told Fox News that they “are unaware of anyone else at the protest having the conditions from the court that Artur and Dawid have.”

Sarah Miller, Pawlowski’s attorney, told Fox News she “can’t account” for the position of the CPS because the relevant court order, which was issued by Associate Chief Justice John Rooke in May, does not even name the Pawlowskis.

A source with the Calgary-based Justice Centre for Constitutional Freedoms further explained to Fox News that after their law firm challenged the Rooke order in court last year, it was amended to apply only to the owners of the Whistle Stop Café and those who work in concert or connection with them. The café in remote Mirror, Alberta, faced prosecution from health officials for remaining open.

“It’s annoyingly complicated,” said Miller, who thinks the complexity of the litigation might lead some to see the latest incident as a simple case of harassing the health minister.

“They just condemn the Pawlowskis to guilt before they really understand the entirety of it,” she said.

Alberta Premier Jason Kenney, the province’s chief executive, condemned the protesters the day after the Pawlowskis were arrested, sharing an article about it on Facebook and Twitter.

“All Albertans have a right to protest peacefully,” Kenney wrote. “That right does not extend to trespassing at private homes and harassing the families of public officials.” He went on to accuse the participants of being “fringe anti-vaccine conspiracy theorists.”

When reached for comment regarding why he would suggest that the Pawlowskis had trespassed and harassed a public official when they were not charged with doing so, a spokesperson for Kenney told Fox News that “it would be inappropriate to comment on matters before the courts.”

Pawlowski, who said he was invited to the protest to help keep the peace as a clergyman, told Fox News Digital that he did nothing illegal and that the premier is “a liar.”

When Alberta Health Services (AHS) was seeking jail time for Pawlowski last summer, he quipped in a statement before the court that he could share a cell with Premier Kenney, who apologized in June after being caught violating his own health regulations 24 different ways during one private dinner with members of his cabinet.

“Where are those politicians that we can keep them accountable?” asked Pawlowski. “We can’t even see them. They’re not in their offices. They’re not in the legislature. They’re hiding behind the walls of secrecy. Everything they’re doing is ex parte. We’re not even allowed to go to courts when they’re passing all these infringements on our rights.

“The only thing we have right now is to go where they live and do our best peacefully to demand some answers. And that’s what we did. We were very peaceful. No one was trespassing,” he continued.

Alberta’s health minister did not respond to Fox News’ request for comment.

During a speaking tour throughout the United States over the summer, Pawlowski met with lawmakers and warned audiences that Western governments increasingly resemble the communist regime in Poland he fled as a young man.

“Those that never grew up in a totalitarian regime have no right to judge me, because they don’t know what they’re talking about,” the controversial pastor said of those who hate him.

Pawlowski emphasized to his detractors that he is fighting for their rights, too.

Each time he is arrested, Pawlowski kneels on the ground and forces officers to drag him, which he said is his attempt at making “a visual political point.”

“This is a peaceful resistance,” he said. “Mahatma Gandhi-style, Martin Luther King Jr., Solidarity movement with Lech Walesa. We don’t fight back. We fight back by resisting and non-compliance.”

“But these days, that’s unacceptable,” he added.

Since the pandemic, other churches in Alberta and throughout Canada have faced imprisoned pastors, locked facilities, steep fines, and continued interference from government officials. In June, Sen. Josh Hawley, R-Mo., urged the U.S. Commission on International Freedom (USCIRF) to consider adding Canada to its watch list. https://www.foxnews.com/world/covid-canadian-pastor-criminally-charged-protest 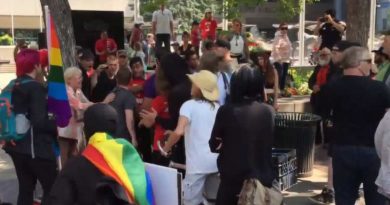 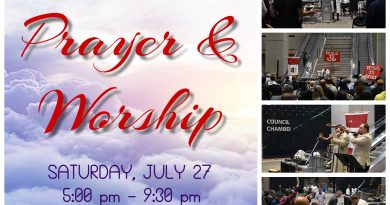 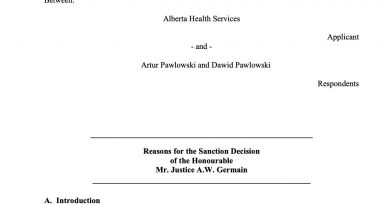