Art Pawlowski preaches and feeds homeless people in public places in downtown Calgary. (CBC)A Calgary street preacher is hailing a judge’s decision to toss out several tickets issued against him for minor infractions, saying civil rights were at stake.

Art Pawlowski, who preaches and feeds homeless people in public places in downtown Calgary, has received more than 80 tickets in about five years.

A provincial court judge threw out seven of those tickets Monday, ruling that most violated his rights to freedom of expression and religion under the Charter of Rights and Freedoms.

"This is a victory for every Canadian," Pawlowski said Tuesday. "Our rights were upheld. Democracy won. And that’s what we ask for, that’s what we were hoping for."

Over the years, Pawlowski has been written up for such activities as using loudspeakers to spread his sermons, carrying signs, feeding homeless people in public spaces and attracting crowds. In all the cases, he didn’t have a city permit.

His sermons have drawn complaints from neighbours and clashes with the city in court.

"This is four years of battling, wasting taxpayers’ money. I would say to them, ‘Why you’re doing this? We are not your enemy,’" said Pawlowski.

"They don’t seem to have an appreciation for what a citizen’s right is to show dissent in a civil and non-threatening manner," said Bates.

"None of these tickets have anything to do with noise. They are all tickets for other things, [such as] placing material on a street, which includes a sidewalk, using an amplification system in a park.

"That, in a way, is part … of the reason the judge was finding the city officials acting in an abusive manner. They aren’t actually ticketing for noise problems."

The city hasn’t decided whether to appeal the judge’s ruling, but council is debating a new bylaw that will cover activities in the municipal plaza in front of City Hall.

Ald. Druh Farrell said she will let this case play out in the courts, but constituents from East Village to Crescent Heights, across the Bow River from downtown, have complained about the noise.

"It depends on the day, but there is significant amplification and the noise can be quite extensive. And some people are offended by that and would like some peace and quiet."

Farrell said she recognizes the desire of people to worship, but they have to be considerate of others. 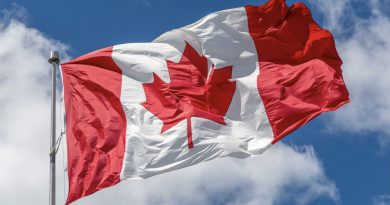 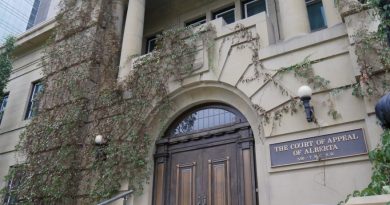