The Charter of Rights and Freedoms begins by affirming that "Canada is founded upon the principles that recognize the supremacy of God and the rule of law." This week’s minor controversy about God’s presence in the preamble–set off, indirectly, by a Quebec ruling upholding a Catholic high school’s right to set its own curriculum — is no threat to our Constitution, but it is instructive. To a certain secularist mindset, any mention of God is a danger to public life, and any legal recognition of religion is but a short step away from theocracy. That’s not the case in Canada, and the "supremacy of God" preamble is something worth understanding– and defending.

The words were written in 1982 — less than 30 years ago. Constitutions, especially in their fundamental aspects, are supposed to endure more than a few decades without revision. By 1982, Canada already enjoyed a long tradition of religious liberty and democratic freedom, so the idea that putting God in the Constitution is a threat to anything, or a limitation on liberty, or an occasion of division among Canadians, is simply false. Indeed, given that several highly contentious decisions by our courts have expanded the language in the Charter beyond its original text, it is odd to argue that language actually in the Charter should be disregarded.

What does the "supremacy of God" mean? At a minimum, it reflects a historical fact.

From the early French explorers and Jesuit missionaries to the British institutions of Crown-in-Parliament, the architecture of Canada is incomprehensible without the institutions of religion. It is impossible to tell the story of Canadian finance without the Catholicdriven caisse populaire movement in rural Quebec. Medicare is the product of the Protestant prairie pastors who led the Commonwealth Co-operative Federation. Today, our newest Canadians often turn to services offered by religious congregations of all kinds — indeed, our refugee programs more or less assume that this will be the case. Religion is not an alien force, but, to use an apt word, constitutive of who we are.

The Constitution describes not only who we are–matters of history — but also who we ought to be–matters of aspiration. This is likely what those who object to the "supremacy of God" find difficult. They think that such language excludes from the Canadian project those who do not believe in God. Yet even those Canadians should welcome God in the preamble. Something, after all, has to be supreme. And if it is not God, even understood in the broadest possible sense, then what is it? Fearsome it would be to live in the land where the works of man alone are supreme. The "supremacy of God" is shorthand reminding us that our laws, even if duly passed, must conform to principles of justice, the service of the common good and the truth about the human person. That is an essential principle, otherwise the rule of law can be put in the service of tyranny. Laws which do not correspond to the truth cannot serve justice or advance the common good. That principle has been at the heart of Western civilization from Aristotle to Augustine to Martin Luther King’s Letter from the Birmingham City Jail.

The preamble does not make all that explicit. That comes later, in all the other provisions that lay out in detail our rights and freedoms. Acknowledging the supremacy of God is a warning that there is something –someone–beyond the state, that the state alone cannot claim competence over the ultimate matters of our common life together. The supremacy of God and the rule of law together comprise the anti-totalitarian principle, for which purpose the Charter primarily exists.

Another point should be added. The God of which the Charter speaks remains undescribed — it could be the philosopher’s first cause or the Holy Trinity, or something else altogether. In practice, most Canadians would assume that this is the God of Jews and Christians. The Charter does not say that, but we ought to be grateful that it intuitively points in that direction. The Judeo-Christian tradition is not the only foundation for tolerance between different peoples, or for harmony in a pluralistic society, but surveying the global scene today it is the most secure foundation currently on offer. Certainly the experience of officially atheistic regimes is not encouraging.

Canada is the country it is in large part because of, not in spite of, its religious history and its religious citizens. There is no reason for our Constitution not to recognize that. 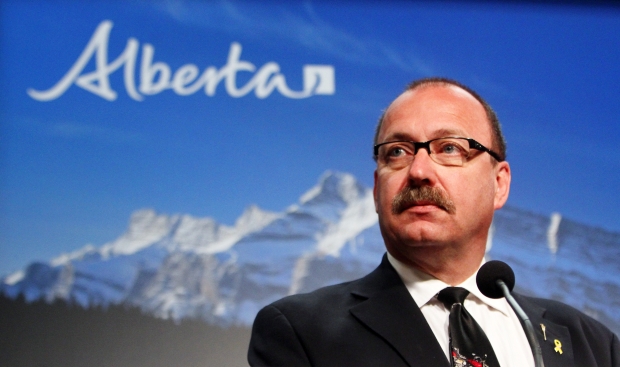