Members of the Street Church Ministry say they’re victims of religious persecu¬tion by the city as it attempts to get an injunction barring them from gathering in local parks to feed the homeless while exercising their faith.

And Rev. Art Paw-lowski has vowed they won’t stop, even if to day’s effort by the city is successful.

"Two homeless peo¬ple are dying every week;’ he added, with¬out proof to back up that claim.

"Feeding the poor is not an option, it’s a guaranteed free¬dom under the Charter and it’s our obligation:’

"No, we have not religiously persecuted anyone;’ he said.

Pawlowski and the city have been at odds for some time over his preaching in Trian¬gle Park, which sometimes draws crowds of up to 500 of the city’s down and out look¬ing for a free meal.

Pawlowski has been given upwards of 50 tickets by bylaw officers in recent years ranging from illegal use of an amplifier to disturbing the peace and holding an illegal gathering.

Pawlowski fought each of those in court, arguing the tickets violate his freedom of expres¬sion and religion.

Each time the judge declined to rule, instead sending it to a higher court because of the Charter issues involved.

The city is now seeking the injunction to stop Paw¬lowski from holding gatherings until those cases are resolved.

Should the injunction be granted, Pawlowski said that would leave hundreds liable to imprisonment.

"We’re talking about 100 to 200 people in jail for feeding the poor and taking them off the streets", he said.

Pawlowski said he expects many followers will show up at the Calgary Court Centre, 601 5 St. S.W., today at 1:15 p.m, for a rally of support. 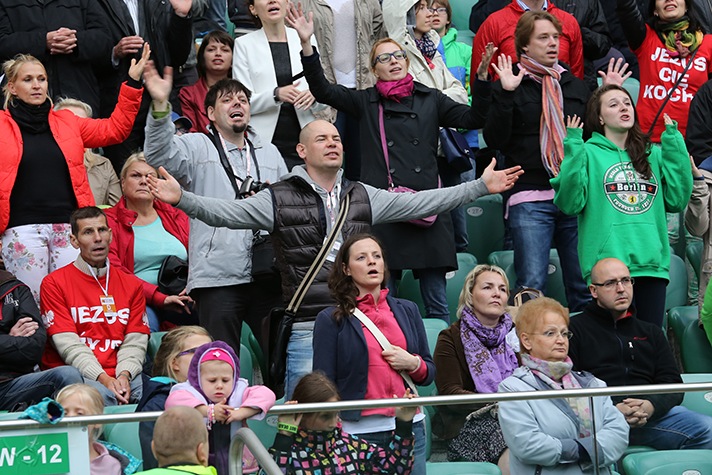