Have you noticed how ‘political correctness’ has permeated into every area of Canadian life? Politicians and mainstream media, are doing everything in their power to accommodate and appease the minority, while destroying the rights of the majority.

Through this process, an unbalanced image is being created that homosexuals, Muslims, abortionists and other minorities hold the popular opinion, when the opposite is true. In this day and age it does not matter what the majority is saying, it is simply not politically correct.

What about The Charter of Rights? Sure, but only for the few chosen ones. Everyone else? Who cares? They’re just needed for votes at election time. Once you’ve voted, say goodbye to your voice for another few years.

It’s like the old conservative population, it worked hard, but now it’s seen like an old horse. Too old, let’s shoot him. Now we have a brand spanking new pink pony, yes for the most part it’s useless, but hey, it’s kind of cute. Do you have that feeling when you listen to rose tinted news or speeches from politician’s? Yuck!

Well it’s the 21 century after all, when you look at minorities the wrong way or dare to exercise your God given right about what you believe, they scream discrimination and hatred; “Let’s take them to court! Where are the police!” You know what I mean?

When you stand up to the bully, he screams, you are the bully!

Like a 5 year old girl who thinks in her mind that you dislike her dress. In an act of drama she throws herself to the ground, kicking and screaming. Onlookers will come running, wondering what just happened? Did she break her leg? Was she just attacked by you and is she in need of help? No, she’s just a spoiled brat that gets everything she wants when she wants it.

So now let me tell you what had happened to us after calling a bully’s bluff. CRA Canadian Revenue Agency, or better now known as our new “human rights activist”, decided that in order to defend their spoiled little pink pony, i.e. their screaming girls in dresses, they need to step into the picture and become our thought police.

They truly believe that it’s now up to them, as the new heroes of political correctness, to save our wonderful country and relieve our poor abused citizens from any form of discrimination.

They went to our website www.streetchurch.ca and found out that we would actually dare to stand up for our rights. How dare we? Can you believe this? According to them, Christians are not allowed to stand up for their rights.

The bullies of the CRA disagreed. You see we are not homosexuals, or part of any minority. Adding to the problem is the fact that we only have one husband or wife and we are married, not living common-law and sinning in the eyes of God. That is now a huge disadvantage in Canada. We are however, made up of people from many ethnic backgrounds, who share a common belief in our freedom of speech and our ability to express those beliefs.

I kind of understand their point of view. Everything is against us now. Two worlds with very different values. We desire a totally different country in the future for our children. We imagine a country free from corruption, drugs, abortion, divorce, alcohol, gambling and violence. A country that stands on God’s righteousness, honouring Him and lifting the name of His son Jesus Christ, high.

According to the CRA we are weird, we want to get the bandits and thieves out of our society and are depriving those poor souls from the “enjoyment” of their criminal activity. That’s so cruel! They will not be able to rob and steal anymore, which is truly a violation of their rights according to some. That must be against the Charter… they have their rights, right? Today real criminals have more rights than Christians and more rights than the victims of their crimes. Have you noticed?

Back to our story; the CRA studied our website and you know what they found? We are followers of Jesus… Christians no less! I know its hard to believe, but it’s true. I’m sure some of them must have been given PHD’s and Doctorates to have discovered this remarkable truth! They have also discovered something far more incriminating; we are followers of Christ who dare to publicly voice our beliefs. We speak out about sins such as divorce, abortion and homosexuality.

Imagine that, Christians who dare to speak negatively about murdering innocent children… what a shocker! We the “big bad” Christians, believe in family values and Gods’ natural way of life. Surprise, surprise!

Oh, those Christian trouble makers! They don’t want to just lay down and accept every wicked idea. Bad boys, bad, boys, whatcha gonna do when they come for you? Can you feel the beat of the CRA?

Agents of the CRA believe we should not think for ourselves. Interesting contradiction. It’s OK for ungodly groups to exercise their ‘rights’ to spread their beliefs, but its not OK for us to exercise our rights to object.

At that time I received a nice letter from the CRA, telling me that for our crimes of defending our rights, we no longer qualify to have our charitable status. They decided to punish us financially without any chance for appeal. Judge, jury and executioner in one letter. They figured and said to themselves, “let’s hit them with finances, let’s starve them to death.”

The Media found out about this story and it went national. Because of this publicity the CRA bullies got even more upset. You see a bully doesn’t like to be exposed. It hurts their egos. It’s a mafia mentality. They will kill your parents, but in front of the cameras they will build you an orphanage.

The entire story can be found here: http://www.streetchurch.ca/press-coverage-topmenu-33/542-calgary-church-loses-charity-status-opposition-to-abortion-homosexuality-cited-as-reasons

After the story circulated across Canada, I had a strong feeling that my vocal stand would lead to repercussions from the bully. I did not have to wait long. During one peaceful afternoon I received a phone call from the Canadian thought police (CRA) and this is what was said to me: “Because I dared to challenge their authority, they will go after me personally and I will pay for this”. When I asked the persons name, he hung up on me. When I called the back using caller ID, the number was no longer in service.

Even though I was literally looking at my three children, somehow they had been erased in the CRA system. This was the moment I realized that an idle threat had become all too real, and that the anonymous CRA agent was all too serious about his threat.

My pleading with the agent did not help. I was repeatedly told that in their computer I have no children; period. I was in the hospital each time my three children were born and they were saying that it had never happened. What were those people smoking? My older son is 13 and youngest daughter 4 and now some bureaucrat is telling me that they do not exist in their stupid computers! I had had enough. I said throw those computers out the window and come to my house and see that I have children.

I contacted a CRA supervisor. She did an investigation and this is what she said: “It is very weird, and I have never seen something like this before. It looks like someone erased all your children from our system! This is very bizarre.” She also advised me that unfortunately I would have to resubmit all of my documents to prove that I have children.

A few months later I received an official letter asking me to submit a bunch of legal documents such as birth certificates. I sent the documents via registered mail and waited. One month passed. Then two months had passed. A year and no answer. I called a number and got ahold of a supervisor and received an amazing response. The documents that I had sent disappeared but this time when the supervisor heard the entire story she got very concerned and promised to look into this matter herself.

I had to resubmit my documents again. After months of waiting I received another official document from CRA. This time I was told that they do actually acknowledge that I have children but this time they needed proof that I am the one who is actually taking care of them and to prove this I only have a few weeks.

How in the world can you prove legally that you are the sole caretaker of your children, with proof that they actually live in your house? They don’t pay any bills and they don’t appear on mortgage papers or any other similar documents. So we had to contact the doctors, school, church, and friends to create a massive 50 page document to prove that we are not a donkey but a horse, but we did it.

After years of fighting the thugs at the CRA, they owed us so much money for 13 years of back pay, that when they were finally forced to send us a cheque, it was enough to pay all our debts down. In the end what the enemy intended for evil, God turned around for good. If we were receiving small cheques every month they would have just fallen through the cracks and not been saved up. This way we received a big chunk all at once. Before the fight started with the CRA we were not even aware that we were entitled to receive those benefits. Thanks to the bullies our accountants found out that the CRA owed us a big chunk of money.

When you are serving the Lord, even the bullies are nothing but a tool of blessing in the hands of the Almighty God.

Next time perhaps I will have to prove to the CRA henchmen that I am a male and not a female, a white man and not purple or green. I am looking forward to that day. I know that it is going to be very exciting. One thing for sure that I have to admit; since I received Christ as my Lord and saviour, my life has not been at all boring. On the contrary, it has been more than entertaining!

Pawlowski with his wife Marzena and their three children during their recent trip to Israel. 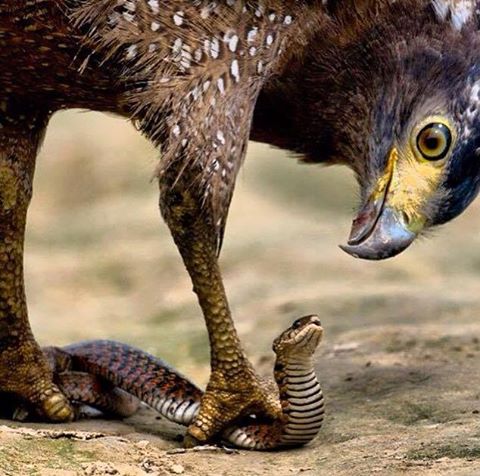