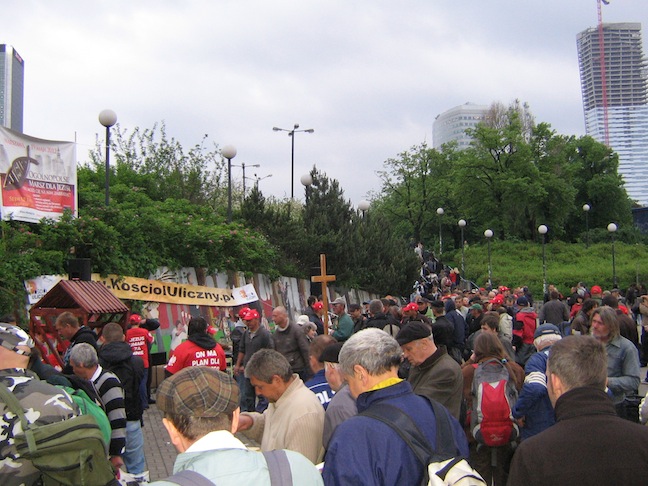 We are absolutely grateful for what God is doing in Poland. Through many trials and tribulations we have seen the powerful hand at work of the One that called us to preach the gospel.

Street Church that started in 2010 in Warsaw, the capital city of Poland, is bearing so much fruit that you can’t but marvel at the supernatural power of Jesus that is given to those that are willing to step forward in obedience. Every time I have the opportunity to be there and see it for myself my heart leaps with joy and this is what I see; the gospel being preached with boldness, testimonies shared about the goodness of the Living God, the poor are being fed, the down trodden are lifted up and the church is doing what every church is called to do, being the light in the darkness. The team that is there love Jesus and they want to serve the King of kings. The joy is tangible and contagious.

Praise God for the willing hearts and hard work that those Christians are putting into bringing the good news and the hope of Jesus Christ. The leader Pawel Bukala with his wife Marta are doing an excellent job in organizing and keeping a clear vision of why the church is there. May God greatly reward them for their dedication and the price that every servant of God needs to pay to forward His kingdom. During those church services there are hundreds of homeless being fed but also tens of thousands of people can hear the gospel, the life saving news. When you walk by you can always hear ‘Jesus loves you, there is hope, there is life, Jesus changed me and He can change you.’ So simple and yet so mighty.

Testimonies are many but let me bring you one that I have heard with my own ears while I was at Street Church in Warsaw. A man came to me and said ‘I have to tell you something.’ He pointed at the bushes next to where the cross was and proclaimed ‘I used to sleep there. I was homeless without work and without hope when I heard you guys preaching right here. I gave my life to God and now I have a house and I also have a supervisory position, and all of this because you guys came with this church. I just wanted you to know that and to thank you.’

When Street Church comes the faces of the poor literally change, they are happy and their eyes lighten up. This is their church, God set up all of this just for them and it means so much to them. During the week they are treated like no one cares but when the church arrives everything changes because hope and joy has arrived!

We also have a great announcement to make, another big city joined the ranks in bringing the gospel to the streets of their city. Szczecin is a big city close to the sea in the north of Poland and I had the great privilege to go with Pawel and the team of beautiful volunteers from the Street Church in Warsaw to establish another firm presence of the gospel.

The first night of Street Church in Szczecin immediately produced life changing fruit. There was this young 16 year old girl that stopped to listen and was captivated by someone’s testimony and without leaving the place two hours later she was weeping for salvation. I had the joy in leading her to the Lord Jesus, and finding out her story. She was on her way to buy drugs to get the courage to commit suicide, and this would not be her first attempt, through the years she had tried to commit suicide 11 times, and as she puts it ‘Every time I tried something or someone interfered and I was rescued.’ This young girls life was not easy. She was raped and hurt many times and when she came to Street Church she did not believe that there was hope. The next day she attended service in the local church and was overwhelmed with the love that she was receiving from everyone. And from time to time as tears were rolling down her cheeks she would come to me saying ‘No one will kick me out here, I will chain myself to this place.’ It turned out that this girl was very talented as she plays instruments and right away she was received by the youth group. God is so good! The local church that took the challenge of forwarding the Kingdom of God in Szczecin did an awesome job and the latest that I received was from this girl, ‘The church is growing. There is more and more people coming. Thank you for everything that you guys did.

I remember a vision/dream that my friend Lawrence Irwin had years ago. He saw thousands of lights all around the world that God would start on the streets and in the parks, right in the open. He saw street churches everywhere. People that preached with simplicity right in the middle among the people.

I am so honoured that I can be used by God to start at least a few of these sparks of light. May the fire be unstoppable and contagious!

When I was in Poland I heard someone say ‘To fire up someone for Jesus, you yourself have to be on fire first,’ and I bless you with that fire.

Be on fire for your God and the Lord Jesus Christ! And keep your Polish brothers and sisters in your prayers and I know they are also praying for us here.

Artur Pawlowski and the girl 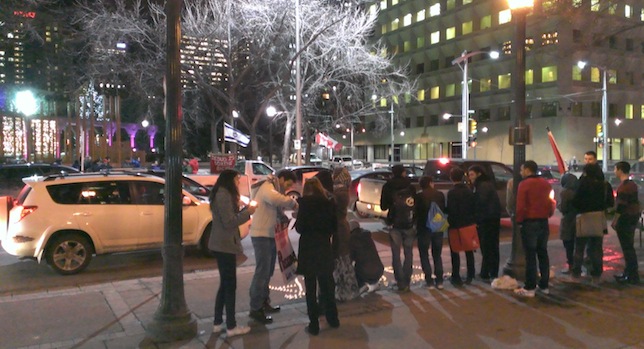 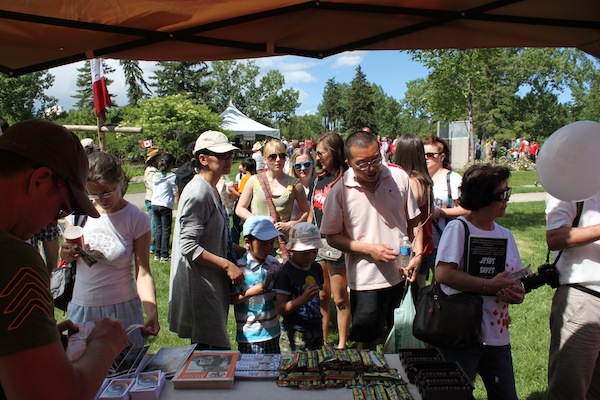 Do not be afraid, but speak!