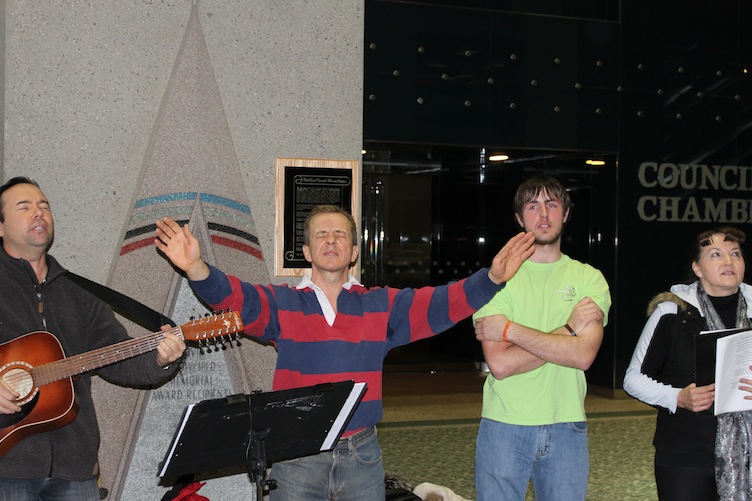 For holding ‘illegal’ prayers, ‘unsanctioned’ worship and ‘without city hall’s permission’ preaching from the Word of God, various Christians received court documents with over 500 pages of different affidavits, pictures and videos and they have to appear in court to defend themselves on June 13 at 10 am in Provincial Court of Queen’s bench of Alberta.

This is another series of attempts to shut down the Christian message in the public square here in Calgary. First came the intimidation and harassment tactics with the number of officers ranging in the amount of 30 and more showing up during the prayer meetings. When that didn’t work then came the tress-pass notices and further threats. Eventually the City Hall ordered arrests (6 Christians were arrested) during the Christmas season for singing carols in Calgary’s City Hall Atrium. Now the whole group is forced to defend themselves once again in the courts.

If you would like to show your support please come to the court on the above date or contact Artur Pawlowski at 403-607-4434 or via e-mail art@streetchurch.ca.

What we do and why we do it and why it has to be outside.