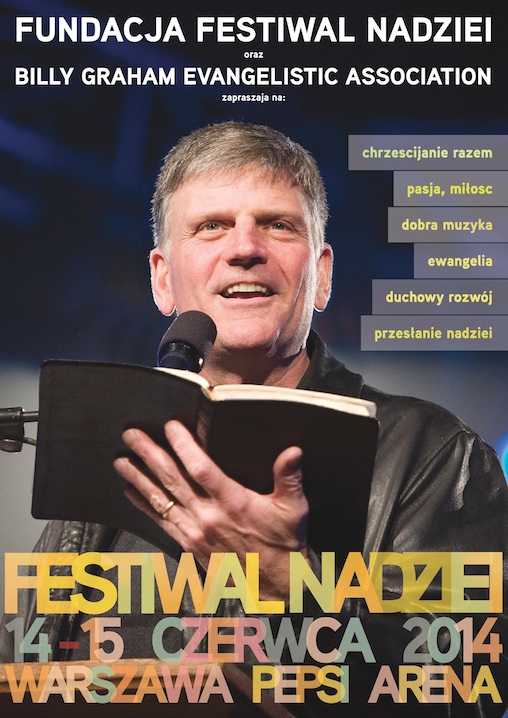 Artur Pawlowski, Franklin Graham and Michael W. Smith are joining forces in Warsaw for the biggest evangelistic crusade in the history of modern Poland.

POLAND- Poland’s capital city is getting prepared to host what is expected to be the largest evangelistic crusade in the history of modern Poland. This event organized by the protestant church is expecting 30,000 people from all over the country to attend. Such a large and invigorating gathering will be a beacon of hope to other nations and will a spur a spiritual revival where many souls will be converted to the Lord and brethren in Christ will have their faith reaffirmed.

This great event will be led by Pastor Artur Pawlowski, American Contemporary Christian Musician Michael W. Smith and American Christian Evangelist Franklin Graham. After a ribbon cutting ceremony to kick off the event, the march will proceed to the Royal Castle, followed by stops at the Presidential Palace and at the Parliament House before ending at the National Stadium. At every stop there will be speeches and prayers led by the clergy and by numerous dignitaries including at least 8-12 high diplomats, various members of parliament, ambassadors, ministers and the Mayor of Warsaw.

At Piłsudski Square, Franklin Graham together with Artur Pawlowski will lay flowers at the Tomb of the Unknown Soldier to pay tribute to the Polish soldiers who fought on different battlefields. Pawlowski will also sign the book of memories on behalf of March for Jesus and then address the crowd. He hopes to remind those in attendance of the men and women who paid the price for others to live in freedom, without the fear of persecution for their beliefs. He will also speak with an emphasis on patriotism, honour, family, faith and God. These are all things that he thinks that no one should be ashamed of but rather things for which people should be deeply thankful. He wants those gathered at the march to see that past generations should be cherished for enduring hardships with courage and honour because their actions sealed the fate of Poland’s present democracy. He wants to communicate the idea that a high value must be placed on recognizing the past because a nation that does not know where it came from will also not know where it is going.

The March for Jesus 2013 with its special guest British Christian Singer/Songwriter and Worship Leader, Graham Kendrick, was a huge success. This year’s march is also expected to enjoy similar success as it will end at the National Stadium where Franklin Graham will invite people to repent and turn to Jesus. The two day even will also include a tremendous concert that will feature American contemporary Christian musician, Michael W. Smith.

Below is the article from the last year’s march with Graham Kendrick.

Here are the picture from our time together. 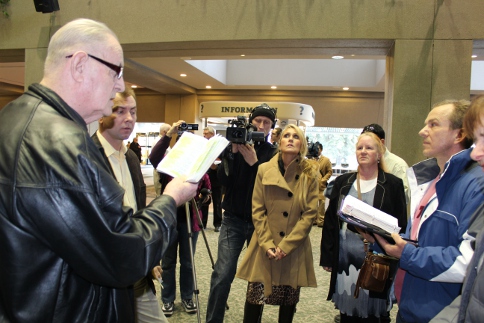 God and state given rights!