When I was growing up, I thought of Africa as a hot, dirty and poor continent. A place filled with misery and death. I had a desire to see it one day with my own eyes, but from a tourist’s perspective. In my selfishness, I just wanted to take the best of what they had, see what I could see and then get out. I was not saved then and I did not care about the people that lived there or Africa itself. Of course I had sympathy for all those children dying from hunger, AIDS, and contaminated water, but it was not my problem. Besides, what could I do?

What God had in store for me and Africa years later did not even enter into my wildest dreams.

Africa is the world’s second-largest and second-most-populous continent. At about 30.2 million km² (11.7 million sq mi) including adjacent islands, it covers six percent of the Earth’s total surface area and 20.4 percent of the total land area. With 1.0 billion people (as of 2009, see table), it accounts for about 14.72% of the world’s human population. The continent is surrounded by the Mediterranean Sea to the north, both the Suez Canal and the Red Sea along the Sinai Peninsula to the northeast, the Indian Ocean to the southeast, and the Atlantic Ocean to the west. The continent includes Madagascar and various archipelagoes. It has 54 fully recognized sovereign states (“countries”), 9 territories and three de facto states with limited recognition. The climate of Africa ranges from tropical to subarctic on its highest peaks. Its northern half is primarily desert or arid, while its central and southern areas contain both savanna plains and very dense jungle (rainforest) regions. In between, there is a convergence where vegetation patterns such as sahel, and steppe dominate. Africa is the hottest continent on earth; drylands and deserts comprise 60% of the entire land surface. The record for the highest temperature recorded was set in Libya in 1922 (58 °C (136 °F)). Africa boasts perhaps the world’s largest combination of density and “range of freedom” of wild animal populations and diversity, with wild populations of large carnivores (such as lions, hyenas, and cheetahs) and herbivores (such as buffalo, elephants, camels, and giraffes) ranging freely on primarily open non-private plains. It is also home to a variety of “jungle” animals including snakes and primates and aquatic life such as crocodiles and amphibians. (From Wikipedia)

It all started when a friend of mine, Daniel Howard, came back from Kenya and shared different stories about the lives of the African people whom he had met. I was particularly drawn to a story about a man named Jasper who had been kicked out of his church for his desire to preach the gospel of Jesus Christ on the streets. He described Jasper as a family man with a wife and two kids, but also a man possessing a passion to share the Good News. This captured my attention. Being a street preacher myself and facing different kinds of obstacles and difficulties, I could relate to this man.

Together with another church, we decided to help this preacher and his family on a monthly basis. Opportunities and a willing heart were present, so every month Jasper received a sum of money, which was small according to Canadian standards. Yet, he took what was offered to him and he started to run with it. Not only was he able to support his family, but he continued his street evangelism and very quickly established a growing congregation. We were receiving nothing but good reports when Daniel went back to Africa on a mission trip a year later. There were salvations, healings, crusades and tremendous church growth. Plans for an orphanage were also being discussed. We were really pleased that our offerings were bringing in such a great harvest.

Yet at this time in my life, I was preoccupied with what was happening to me here in Canada. I was facing court battles, arrests and persecution to the point that drug dealers had hired assassins to take my life on two separate occasions. While I really rejoiced with Jasper and his church for their great victories, my heart was somewhat detached. Here was Canada and Kenya was somewhere far, far away. Everything changed when God put the desire in my heart to see for myself how the ministry in Africa was doing. It was one thing to hear about it and quite another to experience it, so a trip to Kenya was arranged. Dave Hughes was able to get plane tickets for himself, me, my brother Dawid, my eldest son Nathaniel. The four of us went from Calgary through Zurich and then to Nairobi, the capital city of Kenya. Upon our arrival, we were welcomed by the Archbishop Gerry Kibarabara and this marked the beginning of a journey that would forever change my perspective towards the continent of Africa.

To be continued in Part 2

May 13, 2008 Artur Pawlowski Comments Off on Petition in Support of Street Church Ministries

The Personal account of Jesse Rau, the Christian bus driver fired over the controversy surrounding the rainbow sex bus.

September 24, 2015 Artur Pawlowski Comments Off on The Personal account of Jesse Rau, the Christian bus driver fired over the controversy surrounding the rainbow sex bus. 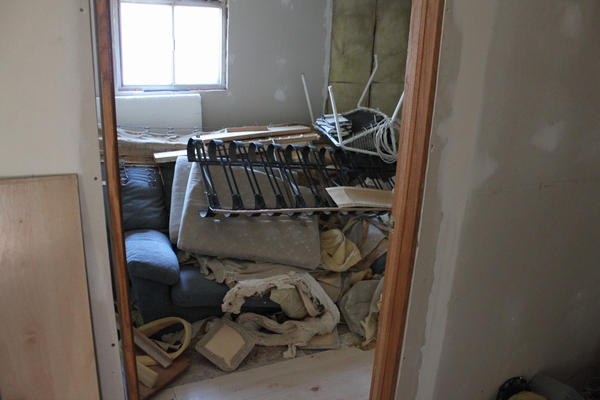 Busy forwarding the Kingdom of God

February 17, 2011 Artur Pawlowski Comments Off on Busy forwarding the Kingdom of God