Arrested Again – No Speakers for Almost a Year – Persecution Continues

At 6:00 we loaded up the truck with seven hundred hot dogs, three hundred eggs, hot chocolate, cookies, Bibles, and as usual arrived at the Drop-In Centre around 6:30. We were barely able to unload when the police arrived. Six police vehicles including a paddy wagon, a ghost car, and one bylaw vehicle arrived and surrounded the Street Church Team.

In the middle of Louis’ sermon, five police officers physically removed Maurice Boyer, Wendy Osiowy, Azmy Yacoub, Louis Formaz-Preston, and Artur Pawlowski from the back of the Street Church truck. Artur and Maurice were unlawfully arrested and charged with obstructing a peace officer. Maurice was dragged by several officers, slammed face down on a car, like a common criminal. Artur was escorted by two officers and had his hands cuffed behind his back. At the same time, David Pawlowski was recording the behaviour of the police officers, while standing on a public sidewalk, only to be arrested and slammed onto the hood of a police cruiser, his hands cuffed behind his back. The Street Church cross and pickup truck were towed and impounded. The three of us were taken to a police station and placed in three separate rooms. As I was sitting in one of the rooms, I heard Maurice shouting JESUUUUUS!

Then from the other room, I heard David responding and the only thing that I could think of was again Peter and John in prison singing and preaching. So we started singing. The echo from the concrete walls was so great that after the fourth song the door opened with great vigour. The same police officer that arrested us appeared saying that we are not allowed to speak or sing, to which I replied, “You’ve got here Street Church”, and started singing again. He slammed the door. Later on, I found out that he tried to scare Maurice as well. Maurice replied, “you’re not my boss, my Father is my boss”.

When we finished all the songs we knew, we started preaching. At first it was me, then came David, and finally Maurice finished it off the preaching very loudly. Then we sang some more. Then we prayed for all the officers, their children, their families, that God would bless them, keep them, save them, open their eyes and ears and that He would not count this sin against them, for they did not know what they were doing. Then we started singing a third time. When we were singing the song “King of Kings and Lord of Lords, Jesus prince of peace…” the door opened again. The police officer was advising us that we were disrupting the whole building and that they couldn’t work. I kept singing. Five minutes later a young officer came saying that they were going to release us. Within about a half an hour all of us were out on the streets again. Praise God. God sent us there to let those officers know that there is a living God.

Please see the video below for the footage of the arrest.

Since we released the video we have had a very interesting few weeks. We have received a lot of comments, both good and bad. We would like to take this opportunity to explain what the video does not show. We could of course drop it, and say, “God knows all the facts”, but for your sake we will spend the time to give you the background.

For four years over a hundred and fifty incidents like this have occurred, ranging from one police officer with a cruiser to thirty officers and eleven vehicles including paddy wagons, squad cars, ghost cars, and bylaw vehicles and ambulances. Even detectives taking pictures and the City tapping our phone lines. When we baptised someone in the river, we had firefighters with their professional divers in their suits arrive. It is always the same story, what we do is not proper and always we have been encouraged to stop, sometimes nicely and other times aggressively. In my own home, police officers and bylaw officers came to intimidate my wife and my kids. Every property we rented to take care of the poor, we had the presence of the City intimidating and threatening the owners, telling them to kick us out.

When it comes to the law, we are all for it. We are law abiding citizens, but unjust laws are no laws at all. The City of Calgary officials claim that we have no right to feed the poor – we have received over 70 tickets such as giving away free goods and services, gathering a crowd, operating a barbeque, placing material on the ground, emitting objectionable noise, etc.  We got our food handling certifications and have been in full compliance with food handling regulations and have never had a problem with the health department, even though our events have been inspected several times. We have repeatedly sat down with the City, to try to work things out with them, we have applied over and over for permits for everything that we do as a ministry.

Our places, city parks and sidewalks, where we ministered, were fenced to get rid of us (a total of three times already). One of the reasons was that there was supposedly an archaeological site.  Later on the City dropped that idea and decided to build a road instead (which then allowed them to close another park that we had moved to, to preach, in one move).   In three different places, they changed the parking signs from 2 hr parking which allowed us to minister without harassment from parking authorities into no parking zones (there was no valid reason given for the sudden change, even one of these locations was a low traffic cul-de-sac).   In our present location, they changed from a stopping to no stopping zone.

Under the bridge where the video was taken, for eight months, we were not bothered by the authorities even though they drove by many times as a part of their surveillance of the homeless. We were preaching under the bridge in the middle of drug traffickers and literally hundreds of homeless people. But, even this location, where nobody will go for the crime and the physical danger, the City could not leave us alone. They fenced the entire area in an effort to prevent us from preaching. Even though there are dozens of drug dealers all around the new fence, left alone. They single us out again. We decided to bring the truck to provide a buffer of safety and protection between the preacher and the sometimes hundreds of homeless people, some of whom are extremely violent.

What the video also does not show, is that every day, seven days a week, four City Transit sized buses, park in the same spot for twenty minutes at a time several times throughout the night, even though there is no bus stop on that road. Yet they are not bothered by the police nor by bylaw officers. Drug dealers stop to deliver their “product” to their “clients”, pimps pickup or drop their “clients”, and while this goes on we go in the middle of it proclaiming freedom and hope in the mighty name of Jesus Christ, and feed the poor and clothe the naked as a testimony that God does care.

What the video also does not make clear is that drug dealers were not blocks away, but rather, in the face of the police, laughing. Rightfully so, if my enemies were taken by other enemies, as a natural man, I would laugh to. We could right hundreds of pages, but I believe you get the point.

To this day, there is still an injunction placed by the court to muzzle me up, forbidding me from using any form of amplified sound, anywhere in the City of Calgary. This means, according to the injunction, no cell phone use, no use of a car or home stereo, no TV, no computer speakers, etc. Knowing that I speak on a Street Church TV show, on the radio as a guest, and other events where amplification is used, the enemy wanted to muzzle me up completely. Last year, alone, I stood before twelve judges. Regarding this latest arrest and why we carry video cameras, if we did not carry them I would likely still be in jail. I was arrested a few years back for reading a Bible in a public park (seven criminal charges, including resisting arrest – the video is on GodTube, to this day), and if it were not for the footage to vindicate me, who knows what they would have gotten away with. The arresting officer lied in his official arrest statement. Now he is facing four charges. Yet this was three years ago and he is still not disciplined for his abuse of power.

When it comes to this latest arrest, do you know anybody who was arrested for a $36 parking ticket? Well, you just met him. I know we are being persecuted for preaching Christ. Even though there are many ministries feeding the homeless, who receive recognition and applause from the City, they do not preach. So, when we come in, the devil is mad, because thousands of people hear the name above all names, and that is what truly matters. So there is the matter of preaching Christ no matter the cost, I don’t think that you would disagree that this is what we are called to do. But now there is the matter of what you as a brother or sister in Christ are to do when you see a brother who is being persecuted.

You are not to raise up against your brother, but rather you are to do all that you can to help them, even to the point of being willing to die for them. 1 John 3:14-16 We know that we have passed from death unto life, because we love the brethren. He that loveth not his brother abideth in death. (15) Whosoever hateth his brother is a murderer: and ye know that no murderer hath eternal life abiding in him. (16) Hereby perceive we the love of God, because he laid down his life for us: and we ought to lay down our lives for the brethren.

Also, bare in mind that in Calgary, two homeless people die on the streets every week. For them it is life or death. Jesus is life. What makes matters worse is that it is those who should be working along side us that are our largest non-government aggressor. The shelters, because of greed, abuse of power, and corruption, want to shut the ministry down. Why? These shelters get $400/day for every homeless person who enters their facilities (enough to put that person up in a fancy hotel and feed them for the day). We on the other hand do it in the name of Jesus.

I think you are getting the picture. If not, we encourage you to study our website www.streetchurch.ca, or call me 403-607-4434. 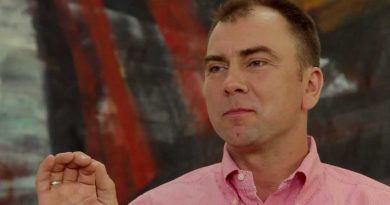 Our passion, our battles, our victories, your training ground