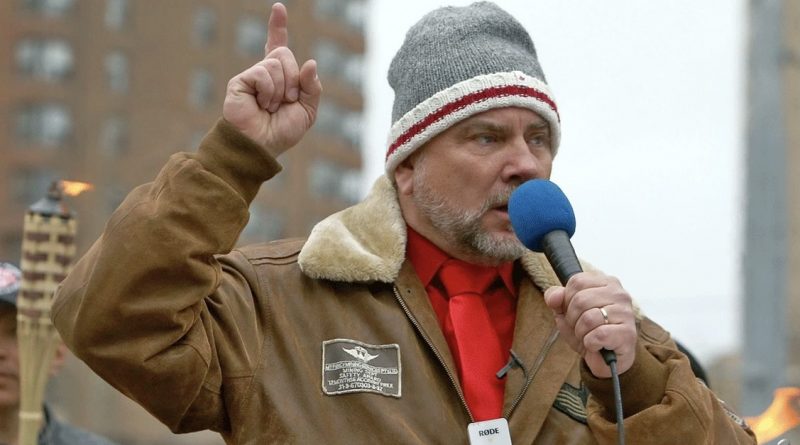 ‘You can lock us up and throw the key away, but our political imprisonment will shout even louder about the hypocrisy,’ Artur Pawlowski said at his sentencing hearing. National Post Sep 14, 2021

GRAVELAND — An Alberta pastor who, along with his brother, was found guilty of contempt after deliberately violating COVID-19 health orders has told a judge that he is a political prisoner who is being persecuted by Alberta Health Services.

Artur Pawlowski said during a seven-minute statement at his sentencing hearing on Tuesday that he and his brother, Dawid, have done nothing wrong.

“I am here before this court as a political prisoner of conscience,” he said before Justice Adam Germain. “The AHS and the politicians have found a new way of penalizing anyone that is opposing their unconstitutional medical tyranny. They hate the idea that they have been exposed for what they really are: liars, hypocrites and cheaters,” he said.

“I have heard from my grandparents about similar tactics from the time of the Nazis, persecuting churches and the clergy. Canada has fallen. Sure you can lock us up and throw the key away, but our political imprisonment will shout even louder about the hypocrisy.”

The arrests came after court orders were granted allowing Alberta Health Services and police to charge anyone who advertised gatherings that would breach health restrictions.

At the sentencing hearing Monday, the health provider asked that the pastor be jailed for 21 days and that his brother be sentenced to 10 days. The court is also being asked to fine Artur Pawlowski $2,000 and impose $15,000 in costs.

Sarah Miller, who is representing the Pawlowskis, said there is no need to incarcerate her clients.

“This a civil proceeding that is designed to compel compliance with the court orders and that is exactly what has occurred. As far as general deterrence, they have been deterred. They have spent their time in jail,” she said.

“A fine is more than reasonable to sanction either of the Pawlowskis in this case. There is no need to put them into incarceration.”

Germain said he will release his decision Oct. 13.