Arrested, fined, and jailed for speaking against government tyranny, and for “illegally” holding church services. Charged with violation of Canada’s infamous COVID restrictions and recent “emergency” acts. U.S. Senator and others express outrage against his treatment. A long-time friend of MassResistance

By MASSRESISTANCE Published on March 5, 2022

This is one of the most insightful political interviews you will hear. During a visit to the U.S. last summer, Pastor Artur Pawlowski (left) described to Arthur Schaper of MassResistance what is happening in Canada — and to him. Since that interview, events have taken an even more sinister turn. He is now in prison in solitary confinement in Canada.

Pastor Artur Pawlowski is not your run-of-the-mill Canadian. He was born and raised in communist Poland and immigrated to Canada as a young man. For many years he has been the pastor of a church in Calgary, Alberta. He is known as an uncompromising Christian who feeds the poor and defends the God-given rights of the Canadian people. He has attracted the ire of the Canadian authorities for his ongoing exposé of totalitarianism as poison to the soul.

Pastor Art gained international notoriety in 2021 when a video of him throwing a group of police out of his church went viral. They had come to halt a Passover service over clearly unconstitutional COVID rules. He also continued to feed the poor and homeless in violation of the COVID mandate. He was later arrested, imprisoned, and fined for keeping his church open and continuing to feed and minister to the poor through his street church. When released, the judge ordered Pastor Artur to include the government’s COVID narrative in his future church sermons! That totalitarian order was later thrown out after widespread outrage.

Pastor Art’s persecution by the government has continued. The latest outrage came in early February. He delivered a forceful speech and held a church service for the truckers who were protesting vaccine mandates and COVID restrictions with a blockade at the Coutts, Alberta border. In his speech, he told the truckers to “hold the line” and continue peacefully protesting.

The following day, police raided his home and arrested him. He was charged with “interfering with critical infrastructure” and “aiding and abetting mischief” under the Critical Infrastructure Defence Act.

According to reports, he’s the only person ever arrested under that act! Rebel News noted on Feb. 28:

[T]hree additional charges stemming from incidents over the previous two years were piled onto the existing, and now nearly innumerable, charges that Artur is facing in what is quite possibly the most glaring legal witch hunt in Canadian History… Sadly, the courts are being wielded as political weapons instead of doing their jobs, which is to uphold the laws of the land, first and foremost being the Criminal Code of Canada and the Canadian Charter of Rights and Freedoms.

Here in the US, American Spectator observed:

Like a verdict from a Soviet show trial, the judge asserted out of thin air that Pawlowski’s blameless exercise of free speech “contributed to enormous economic harm to the local, provincial and national economy and substantial community harm to ordinary Canadians.”

Pastor Artur has been denied bail and held in solitary confinement since then at the Calgary Remand Centre, a holding prison for dangerous and violent criminals. (Largely ignored by Canada’s mainstream media, this incident was reported Canada’s alternative Rebel News.) And making matters worse, on March 2 his brother Dawid Pawlowski was arrested for charges that are yet unclear!

This has shocked and outraged many people in the United States who fear that the Canadian government’s extremist approach to dissenters and Christians could come here. On Feb. 27, U.S. Senator Josh Hawley (R-MO) was asked for his reaction to Pastor Pawlowski’s arrest. He said,

The United States keeps a designation of nations that are religious liberty violators. I’ve called for Canada to be put on that list. And I think we should consider all of the options that are available for that.

Last June, Pastor Artur visited the U.S. for several weeks to warn Americans of the danger of creeping totalitarianism. He met with General Michael Flynn, Senator Josh Hawley, former Trump advisors, and various DC political leaders. He spoke at many churches and political gatherings. On June 26 when in Los Angeles, he sat down with Arthur Schaper of MassResistance.

It was a fascinating interview. (See video at top.) Pastor Artur talks about what has happened to him personally, what is happening to Canada, how things are changing for the worse, and why the world needs to pay attention.Get The Stream’s daily news roundup, quick and served with a healthy splash of humor. Subscribe to The Brew

A few of Artur’s points in the interview:

Pastor Artur Pawlowski is an inspiration to all of us. If more clergymen were as principled, bold, and fearless as he, this would be a much better world.

Pastor Artur Pawlowski Challenges the Muslims and the Church Leaders! 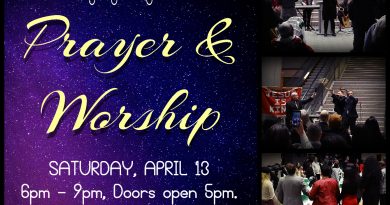