After weekly protests outside the Calgary municipa buildingl and an ongoing  court case proved unsuccessful,a controversial street minister says he has filed  a complaint with the Alberta Human Rights and Citizenship Commission. Art Pawlowski is trying to win the right to preach in a Calgary park using loudspeakers.  City Officials say the loudspeakers Pawlowski used to preach to the City’s homless near the Drop-In Centre led to complaints from nearby residents.  But Pawlowski insists the issue isn’t about noise but his right to preach. So far, he’s been given 39 tickets and court summons by bylaw officers, but none of them are noise violations, he said.  After a back-and-forth battle, the two parties haven’t reached an agreeable compromise.  Pawlowski named Mayor Dave Bronconnier, bylaw service chief Bill Bruce and Calgary Parks official Michael Kenny in the human rights complaint, filed March 6.  The commission told him the complaint is under review, Pawlowski said.  A city official declined comment, saying the human rights commission hadn’t served any papers to the named parties.

The preach goes on 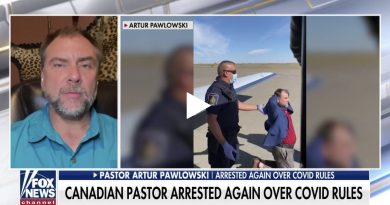 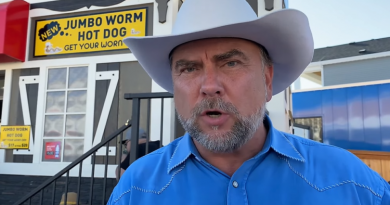