CALGARY — A judge says the way the City of Calgary handled a street preacher was an abuse of power.

The judge said what began as a noise complaint blossomed into something much bigger against Pawlowski.

The judge ruled six of the charges against Pawlowski were in violation of either his freedom of religion, or freedom of expression.

A seventh charge of stunting on a roadway while handing out food by the Mustard Seed, a homeless shelter, was also thrown out.

"The accused was engaged in distributing food to certain members of the public, while using a sound amplification system to broadcast his religious message to the assembling group," the judge said.

"His use of a cross as a visual medium was part of that activity, emphasizing its religious connotations. None of these behaviours, taken individually, or collectively, could be said to constitute a ‘stunt’."

Fradsham said the charges "flowed from the city’s considerable efforts to curtail the (disputed) behaviours."

McIver shouldn’t have to apologize 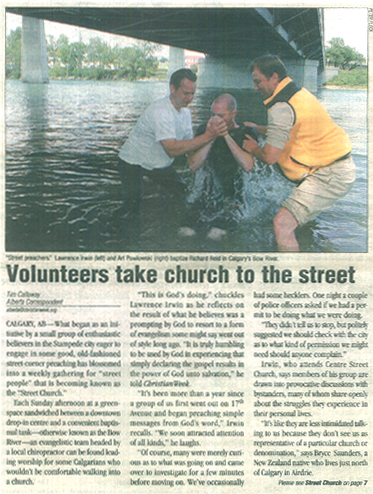