REGINA, June 2, 2008 (LifeSiteNews.com) – A Saskatchewan human rights tribunal has fined Regina marriage commissioner Orville Nichols $2,500 for refusing to "marry" two homosexual men who approached him for the ceremony in 2005.

Mr. Nichols told the two men, identified only as "M.J." and his partner as "B.R." in the court documents, he would not marry them because it went against his religious convictions as a devout Baptist, but referred them to another commissioner, Edna McCall, because he was aware that she would perform same sex marriages.

The court documents reveal that the complainant M.J. was 51 years old at the time of the hearing last year, had been married for about seventeen years and had three children, and "did not realize that he was a homosexual until after he was divorced."

The "marriage" was performed on May 5, 2005, on the dock on the east side of Wascana Lake, as M.J. and B.R. had originally planned.

The tribunal ruling stated that Mr. Nichols had contravened section 31.4(b) of the Saskatchewan Human Rights Code and that his refusal based on religious belief conflicted with his duties as a public officer. "The Commission stands by its position that to allow public officials to insert their personal morality when determining who should and who should not receive the benefit of law undermines human rights in Saskatchewan beyond the issue of same-sex marriages."

Mr. Nichols, now 70 years of age, has been a resident of Regina for almost his entire life. Before becoming a marriage commissioner, he had served 25 years as a Regina City Police Officer from May 1957 to the end of June, 1982, retiring with a rank of Sergeant. He had also been a Justice of the Peace (JP) when he retired and continued in this position until 2001, presiding as senior judge for the City of Regina Bylaw Court and in Traffic Safety Court, as well as becoming a marriage commissioner and being appointed as a coroner, as position he held from 1982 though to 1991.

As a marriage commissioner, Mr. Nichols has performed more than 1,800 marriages since 1983, averaging between 80-100 per year. The fee for performing a marriage ceremony is $50, paid by the couple getting married. His only other source of income is his pension from the City of Regina Police Department.

Mr. Nichols testified at the hearing that he had never received a complaint in his 24 years of service as a marriage commissioner, nor had there ever been a problem with any of the services that he had provided in his capacity as a marriage commissioner, even though he had in a number of different situations refused to perform a marriage ceremony, such as marriages of convenience for immigration purposes or when he had been asked to perform a marriage dressed up in a cowboy costume.

Mr. Nichols told the tribunal that he had laid a complaint with the Saskatchewan Human Rights Commission against the Government of Saskatchewan because they had directed him to perform marriage ceremonies for homosexual couples. He acknowledged that the Chief Commissioner, Donna Scott, had dismissed his complaint.

Mr. Nichols said of the ruling against him, "I am very disappointed in the decision. I broke the law because of my religious beliefs," but added that he may launch an appeal if he can get more financial support to back his fight.

Related LifeSiteNews.com articles:
Marriage Commissioner: "I Couldn’t Live With Myself if I Were to Perform Same Sex Marriages"
http://www.lifesitenews.com/ldn/2007/feb/07020107.html 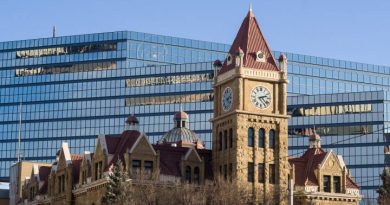 Will you come and stand for your rights?

Just what was Ric McIver’s campaign thinking by having him attend March for Jesus parade, again?