(Calgary) This week at City Hall another unprecedented show of police force for a peaceful gathering was demonstrated when twenty officers, police and bi-law, stormed a peaceful vigil on Tuesday, May 27, 2008.  Officers confiscated Bibles, Christian books, and pictures of Calgary’s homeless, as well as photos that were displayed to demonstrate parallels between the authoritarian tyranny the Jews underwent, in World War II, and the systematic stripping of rights occurring in Calgary and in other parts of Canada, today.

"It is ironic that the people who were demonstrating in front of City Hall were trying to draw attention to the fact that our rights are slowly being stripped from us and that officers are being used as tools to do it.  It’s ironic because the freedom to peacefully protest, the freedom of religion, the freedom of assembly, and the freedom of expression were all maliciously attacked and undermined by the raid.  Bibles and Christian materials were taken, one citizen was jabbed in the face by an angry officer’s elbow, citizens were pushed around, it was a scene of sheer intimidation and unnecessary excessive force."

Concerned Christians Canada is calling for an independent ethics commissioner to be instituted with the roll of monitoring the activities of City Hall, and that an independent auditor should monitor activities and provide yearly reports to the public on the use of tax dollars in our city.  CCC recognizes that Alderman Rick McIver has made this suggestion before but that City Council refused to be accountable to the public and squashed the idea.  CCC believes that there is plenty of evidence that demonstrates arbitrary and abusive uses of power along with clear and unprecedented abuse of tax dollars.

"It is simply shocking that Mayor Bronconnier keeps up his propaganda that our police force needs more tax dollars.  It is clear that they are over funded, or else how could the City afford to spend our ‘scant’ tax dollars to send twenty officers to the scene of a peaceful vigil, at the steps of City Hall, this past Tuesday? How could the police and bi-law departments afford to have officers present at church ministry events across from the Drop-In Centre on a daily basis, when there is no call for them to be there, since there has been no history of violence in the full 3 years that the volunteers have been helping the homeless there? Perhaps there is not enough crime for these officers to deal with.  Can anyone explain why it takes six bi-law officers and fourteen police officers to deal with a group of peaceful street volunteers with an impeccable record of non-violence in the history of their volunteer work dealing, with Calgary’s most violent population? Clearly City officials are abusing their power and are engaged in intimidation tactics which must be stopped.  Bronconnier needs to stop these abuses and quit misleading the public and clean up the City’s misuse of taxpayer dollars, before wasting another moment whining about tax funding.", stated Jim Blake, National Chairman for Concerned Christians Canada. Concerned Christians Canada is asking all citizens to call their alderman and demand that a private and independent ethics commissioner and auditor be put in place immediately. CCC feels that if City officials have nothing to hide they will gladly take this action as the commissioner and auditor should only vindicate their honesty and their proper use of power if they are operating as they should. 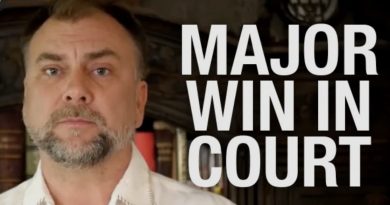 Feeding the Homeless in Calgary/ Art Pawlowski & the Controversy