The biggest problem I see, is that there is a lot of speculation, assumptions, judgements, different conclusions being drawn, and people saying, “I know what happened”, when they don’t. Many of the comments are just, either foolish, or are pure evil, and I will tell you why. When did you take the courage and courtesy to call me personally? I have had the same phone number and address for many years, for over a decade in fact. It’s so simple, when you have questions, just pick up the phone and call 403-607-4434, which is clearly displayed on the contact page of our website.

When you choose to attack a believer, for whatever reason, and at the end of the day it doesn’t matter what the issue is, without talking to them and finding out the truth, it is an act of cowardice and it comes from the pit of hell. I was reading some comments on some of the blogs and websites, regarding this issue, and also on our fight with the City and Province relating to our rights. Let me be clear, at first, I just wanted to ignore the spits and hatred, especially comments coming via e-mail, from the homosexual community against my stand on the issue of homosexuality as an abomination and clearly a sin unto the Lord. But after seeing some brothers and sisters in Christ, beginning to voice concerns, I decided to answer questions for their sake.

As for the others, I have a rebuke for you. One day, the Holy of Holies, the creator of the heavens and the earth, Jesus, will respond to you, himself, and as my wife always reminds me, you will have all of eternity to think about your foolishness in opposing His standards.

Now to the sincere believers of Jesus Christ and those who are seeking the truth out of earnest, I will respond to your questions and concerns.

For 26 years, the ministry in question, Kings Glory Fellowship, was operating under the guidelines of CRA, without any problems. When I received this organization, with some of its parishioners, I already was the pastor of Street Church Ministries, in operation since 2002 and formally registered in the province of Alberta in 2005. Under Street Church, we never applied to have charitable status. Since we received Kings Glory, we felt we didn’t need another organization with charity status. In 2008, the ministry grew to a size that had missionaries in Kenya, with an orphanage and a church. We also had a medical clinic,and we were helping disabled kids in Europe. In Canada we were feeding thousands of homeless on a weekly basis, taking them off the streets and providing them with halfway housing, partnering with other organizations to do so. In many cases, we have been the only source of hope, and necessities of live, for drug addicts, alcoholics, prostitutes, the elderly, widows orphans, mentally ill, etc.

The CRA, on their website, has indicated that we lost our charity status due to lack of filing. Here is the full story. For over a year, since the ministry grew so rapidly, we were talking to provincial and federal governments about how they wanted us to file. During that time, our accountant was looking for direction and clarification on how to properly file, to ensure that all forms and paperwork were completed correctly. We were given assurances, by the government, that they would extend the deadline for filing, but they really wanted to ensure that everything was done correctly. Ultimately, we did file, but due to the delays in getting answers from the government, the documents were filed later than the original deadline. It turned out that the government automatically suspended our charity status, as a matter of standard procedure.

You may wonder, well who was to blame? This is not the issue. The statements were filed, we were given indications that we would be given an extension, and were not. Then were told by the government not to worry, that these things happen, that it is merely a formality and that we have to file more documents and that our status should be restored without issue. All the documents were filed, and we awaited the governments reply. That is where this issue went awry.

Please know that, at this point in time, there is nothing outstanding in regard to filing documents to the CRA. After a few phone calls, we were told that our documents were under review, and that they would get back to us. Suddenly we receive a letter indicating that our charity status would not be restored due to political activities and religious expression. The CRA letter states that a charity organization cannot be involved, more than 10%, in political activities. This is the interesting part, did they ever determine what percentage of what Kings Glory should be considered political? Did they investigate it, or even call to ask some simple questions? No, they made assumptions, “we think… we believe… although we did nothing to find out… it looks like…, etc.”.

Regarding the spending practices of Kings Glory, we are on a budget of $200,000 per year. That includes everything, the orphanage, the clinic, the church, over 150,000 meals served per year, furniture provided to the poor, hampers, clothing, a TV production produced by the ministry, all overhead, everything. This is just to be clear. For those who have been slandering me on the basis of accusations of wrong doing in the area of finances, shame on you. To run this ministry, I personally mortgaged my own house, twice, and I am still paying that back, which is public knowledge and information available through a land titles search. For two years I used those funds to run the ministry, without receiving much support. That was a step of faith on my part, but God stepped up and is supplying all our needs now. I always believed, since I decided to give my life to Christ, that to save a human life (eternally and physically) is priceless. I don’t regret that, since I walked away from business, I had to give up millions of dollars, houses, properties, my sports cars, etc… because God says greater is your reward in heaven. Telling you the truth, I don’t miss them at all. Even though there have been great trials and tribulations, I have never experienced more peace, than since I came to be a follower of Jesus Christ, and I wish you the same.

According to lawyers, this case is the first case in Canada, they are aware of, in which public statements, by board members were mentioned in a letter from CRA, relating to the denial of charity status. Many people have been putting out smoke screens to cast shadows on our ministry, or me personally, which I suppose is to be expected. Jesus was called Beelzebub and was said to have a demon, but we know the truth. Ultimately what matters is that God knows the truth. I am willing to take the blame for everything, but each man will be held accountable for slandering another.

One other point should be made for those who complain about churches, such as ours, that take care of the homeless, being able to issue tax receipts to those who donate to the operation of the ministry. The government allows people to only write off a portion less than 40% for the donation. Incidentally, when the government provides the service, of just providing for the physical and mental needs of the poor, through a government program, the tax payer is on the hook for 100%, which is much more expensive ($40,000 per person, per year their cost). We receive no government funding at all, not a penny, we are funded by supporters only, and the organization runs on the efforts of many volunteers donating their time, that’s why we are so successful. I myself am supported by my friends in the business community who, out of their own desire, bless us in order to free us from the concerns of having to earn money elsewhere, which frees me to focus on the work of the ministry. I have no regular “salary” provided by the ministry. Everything we do is by faith, as it should be since you cannot please God without it. Jesus is the King and we are His humble servants.

What started as a simple issue, just file the paper work and all will be well, turned into an inquisition on my personal beliefs, and the expression thereof, and in effect penalized me for my democratic stand against the City for my Charter protected rights.

It is the right of every Canadian to speak and to express our personal opinions publicly and even with great conviction and fervour.

If CRA would just take our status away and say, “you failed to file on time”, and because of it, they would say that we are not competent to run a charity organization, that would be the end of it. No media, no crying, we would simply swallow the bitter pill. Yes, we would feel cheated, but it would be the end of it. We would just move on with our lives. But when CRA indicated, in their reply, that their decision was that we are not eligible to posses charitable status based on our religious beliefs and for defending our rights, at that moment everything changed. In that instant, it was communicated to us that they don’t really care how many thousands of human lives our ministry is saving, what interests them (the CRA) is that they don’t like or approve of our stand on moral and social issues. Here lies the whole key and problem. Does CRA have the right to tell us what we can and cannot preach about? Should they have the right to monitor our Biblical faith based beliefs? The answer is clear, NO. Refusing us our charity status based upon our convictions violated our rights and was clearly wrong. 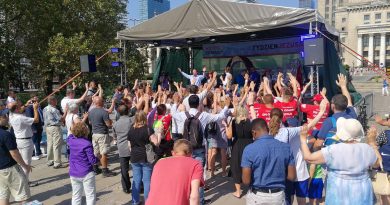 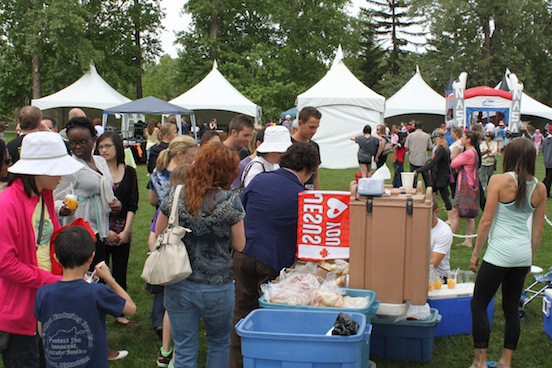