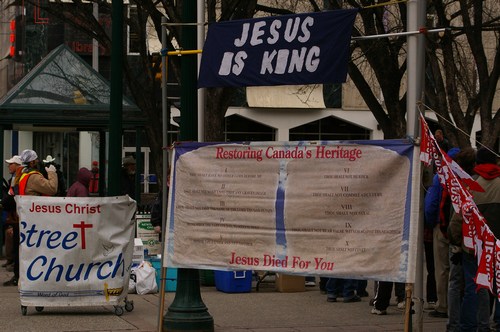 The festivals were a great success.  The favour of God was with us.  For example, the weather was predicted, by the false prophets from the weather centre, to be snowy and rainy, but during both days the weather was good.  What really happened though was that we had prayed that God would prevent the snow from coming until we we packed our stuff at the end of each day.  That is exactly what happened.  The weather was clear and, at various points, sunny and beautiful, and just as we were about to pack, the snow came.  God also gave us extra time to ensure that everyone, that came, was fed.  Overall, we had around three thousand people show up on both days of the festival.

God supplied tripple-a steaks for us, turkey breasts, ham, and of course thousands of hot dogs.  All who came were well fed.  Now imagine, five guitar players ranging from eight to sixty years of age, playing at the same time. Between the guitar players, the drummers and the singers the worship team at times numbered twenty.  It was a gift from God.  We had socks, prayers, and most importantly, the message of everlasting hope in Jesus Christ was preached a number of times throughout the festival.  What was even more amazing, was that we had four pastors from three different churches supporting the event.  A messianic pastor brought around twenty volunteers from his congregation to help with the event, that right away plugged in where ever there was a need.  We had two pastors come from Centre Street Church that preached on Wednesday to the homeless.  We also had a pastor from Calgary’s fastest growing African church come and preach.  During the two days many were prayed for, some confessed Jesus as their Lord and some were supernaturally touched.

Even though the City officials from corporate security were video taping us and placing yellow security tape to prevent us from ministering, the grace of God was upon us.  Pray for them that God will open their eyes.  Jesus states clearly to bless those that persecute us.  We must never forget that we do not fight with flesh and blood but with principalities and powers in high places.  I confess that I have to constantly remind myself that those people who oppose God are not the oppressors but the victims.  At the end of the day, if they do not turn to God, where will they be in eternity?

Here are some shots from the event:

I want to share a few stories with you from last week.

A woman came to us telling us that she hears strange voices in her head, and that she has been tormented by them for a few weeks.  The voices were telling her to curse God.  When she came to us she was really desperate.  After prayer, at Street Church, she was completely delivered, and when we saw her the next time, she shared the testimony of her deliverance.  We always have to remember that Jesus came to deliver and set the captives free.

A pregnant girl, fourteen years of age, came to us and, by a divine appointment, my pregnant wife Marzena was there.  She was able to minister to her and convince her not to kill her baby.  What was amazing was that this girl, being herself just a child, touched Marzena’s belly and it was like a supernatural connection.  This was an opening for my wife to share with her.  She encouraged her to return to her family and to make sure that the baby was raised healthy if not by her then by an adoptive family.

On Wednesday, a mother came with her son from one of the largest churches in Calgary.  The boy was constantly dealing with confusion and the church had referred him to counselling to deal with the matter.  Apparently they were unfamiliar with delivering people from demons.  God had Bogdan minister to the boy and told the boy to renounce the spirit of confusion.  He then told the boy breath out the spirit, by faith, and the spirit then started to manifest.  The boy started coughing excessively, and suddenly it was over.  The boy confessed Jesus as saviour and Lord and he started smiling and was happy.  A complete turn around.  There were many other divine appointments over the past few weeks.

Don’t forget about our TV ministry.  Please remember to pray for it, that many will come to Christ through the broadcasts.  As we move forward for our six day trial, pray again that God will give us wisdom and favour and that His justice will prevail, especially in these times of recession.  We are seeing all around us so many hurting people, so many broken families and more and more desperate and hungry homeless people waiting for everlasting hope (Jesus).

Pray also for our lawyers that God would give them divine wisdom and insight on how to conduct our case.  They have already been a big blessing to the ministry.

Regarding our six day trial, please see the press release below:

CANADA, A NATION AT A CROSSROAD

On May 20th at Calgary’s Court House, Street Church Ministries will be appearing to defend the supposedly fundamentally guaranteed constitutional rights of freedom of peaceful assembly, freedom of expression, freedom of religion and their rights to feed and provide hope to the poor. After years of waiting for justice, Street Church, will finally have an opportunity to see if the courts really do honour our charter protected rights, or if they subscribe to the notion that they only apply when convenient. What many do not consider in this case is that if Street Church Ministries is not allowed these fundamental freedoms, then the courts may pick and choose who is free and who is not.

"We have been waiting three years for an opportunity to receive justice. We believe that the justice system is still just and that they will give our freedoms back. Our forefathers fought and died on battlefields in order that we could live strong and free, and we are confident that the courts will not snub their noses at those who laid their lives on the line for our freedoms," stated Artur Pawlowski lead pastor of Street Church Ministries.

Concerned Christians Canada (CCC) is asking all people concerned with freedom and justice to come and stand alongside Street Church. CCC is very concerned that if the courts do not rule in favour of the ministry’s rights, that a strong and negative precedent will be set in law.

"We are very concerned with the trend in government and in the ranks of officers toward denying rights of citizens whom they find annoying or offencive while at the same time protecting the rights of groups of people that many others in society find offencive such as white supremests, marijuana protesters, and those who walk Calgary’s streets with indecent displays of sexual depravity and indecency.  Currently justice is mocked by this favouritism.  Our hope is that justice will be served and that the rights of Street Church will be restored.  It is high time that the City allow this ministry to do their job, providing hope and basic essentials to the most vulnerable of our population.  If the courts do not restore Street Church’s rights it will set a terrible precedent in law.  Such a precedent would allow courts to subvert and deny fundamental freedoms to whomever they wish and for whatever reason," stated Jim Blake, National Chairman, Concerned Christians Canada.

Concerned Christians Canada will be holding a press conference at 9:00 am in front of the court house, located at 601 – 5 Street SW, preceding the commencement of the six day trial.  CCC is inviting all interested parties to come to support Street Church Ministries and the future of Canadian freedom.  Both Artur Pawlowski Lead Pastor of Street Church Ministries and Jim Blake National Chairman of Concerned Christians Canada will make a statement and answer questions from the media at that time.

If you would like to see video footage of our previous festival here is the link – http://www.youtube.com/watch?v=bLXjEpN0dEE 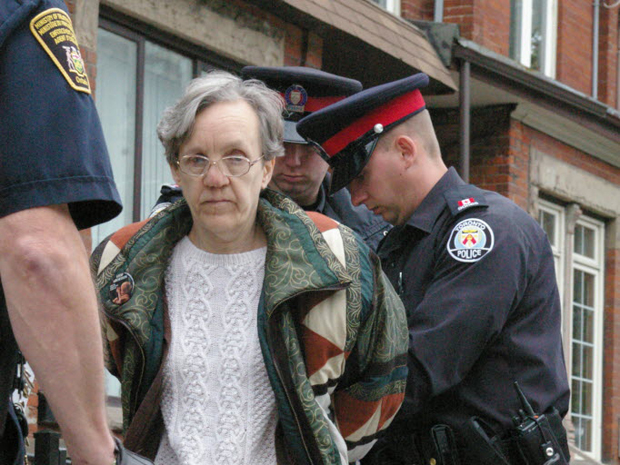 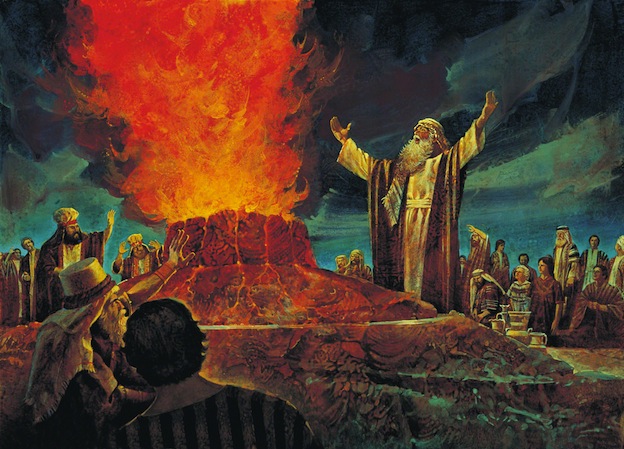