Even though we won in courts they come back again to prosecute us with unconstitutional by-law.

The City of Calgary implements a stealth new by-law that has one primary goal, to stop Street Church Ministry from feeding the poor and preaching the Gospel of Jesus Christ. The politicians with help of the media managed to put a cap on the story by denying the public information of what elected officials are doing behind closed doors.

The new By-law came in effect September 31, 2012 it literally prohibits anyone from protesting, putting up banners, feeding people, congregating in front of City Hall without special approval. Imagine a democratic Canada where you can not exercise your God and State given rights. The City officials do not believe in the Charter of Rights or the freedom of peaceful assembly, to them it is a crime. To provide the necessities of life to the poor this is an offence. Freedom of religion to them is political incorrectness and freedom of expression its a huge threat to their corrupted private agendas.

Here are the tickets I received so far:

Please join us in prayer for those that hate the Righteousness of God and for those who persecute His children.

By-law officers have already showed up on a number of occasions declaring that Street Church volunteers are breaking the law because they supply free goods and services and they are congregating without special approval from the city bureaucrats.

Street Church is protesting this outrageous unconstitutional behaviour of the elected officials. If you want to join the cause of defending our democratic rights in Canada please call 403-607-4434 or via email art@streetchurch.ca

Here are a few pictures of our protest.

From Gangster to Soldier of Christ 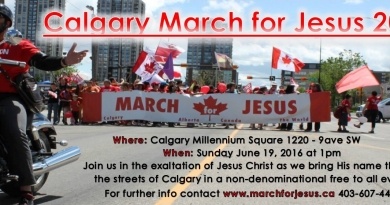 March for Jesus in Calgary 2016 a great success! 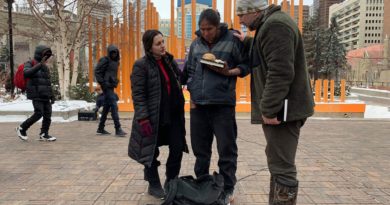