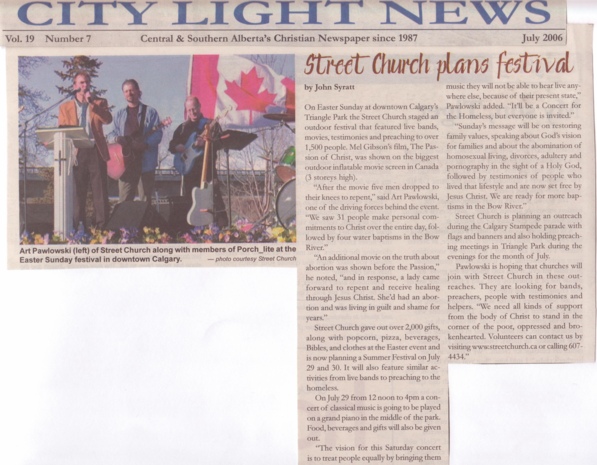 ”After the movie five men dropped to their knees to repent," said Art Pawlowski, one of the driving forces behind the event. "We saw 31 people make personal com¬mitments to Christ over the entire day, fol¬lowed by four water baptisms in the Bow River."

”An additional movie on the truth about abortion was shown before the Passion," he noted, "and in response, a lady came forward to repent and receive healing through Jesus Christ. She’d had an abor¬tion and was living in guilt and shame for years." Street Church gave out over 2,000 gifts, along with popcorn, pizza, beverages, Bibles, and clothes at the Easter event and is now planning a Summer Festival on July 29 and 30. It will also feature similar ac¬tivities from live bands to preaching to the homeless.

On July 29 from 12 noon to 4pm a con¬cert of classical music is going to be played on a grand piano in the middle of the park. Food, beverages and gifts will also be given out. "The vision for this Saturday concert is to treat people equally by bringing them music they will not be able to hear live any-where else, because of their present state," Pawlowski added. "It’ll be a Concert for the Homeless, but everyone is invited."

"Sunday’s message will be on restoring family values, speaking about God’s vision for families and about the abomination of homosexual living, divorces, adultery and pornography in the sight of a Holy God, followed by testimonies of people who lived that lifestyle and are now set free by Jesus Christ. We are ready for more bap¬tisms in the Bow River."

Street Church is planning an outreach during the Calgary Stampede parade with flags and banners and also holding preach-ing meetings in Triangle Park during the evenings for the month of July. Pawlowski is hoping that churches will join with Street Church in these out¬reaches. They are looking for bands, preachers, people with testimonies and helpers.

"We need all kinds of support from the body of Christ to stand in the corner of the poor, oppressed and bro¬kenhearted. Volunteers can contact us by visitingwww.streetchurch.ca or calling 607-4434." 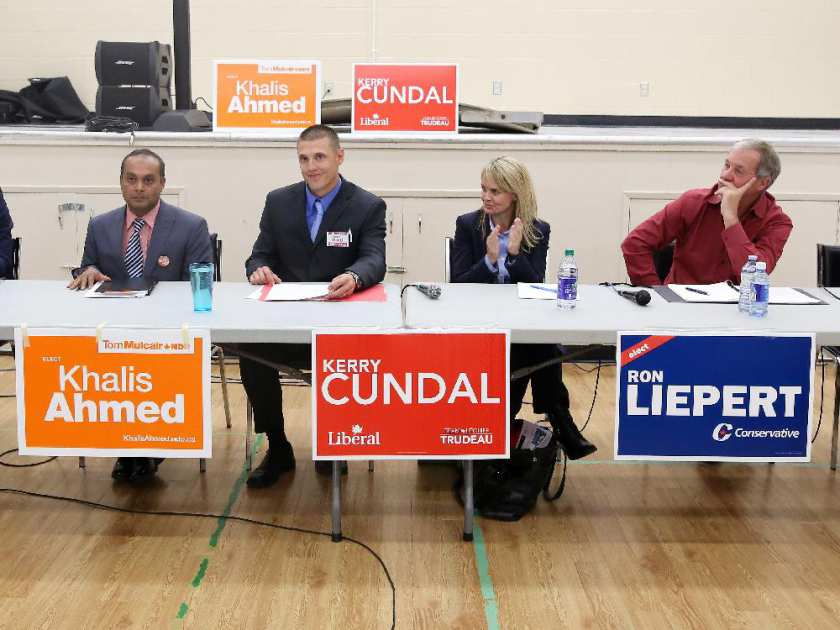