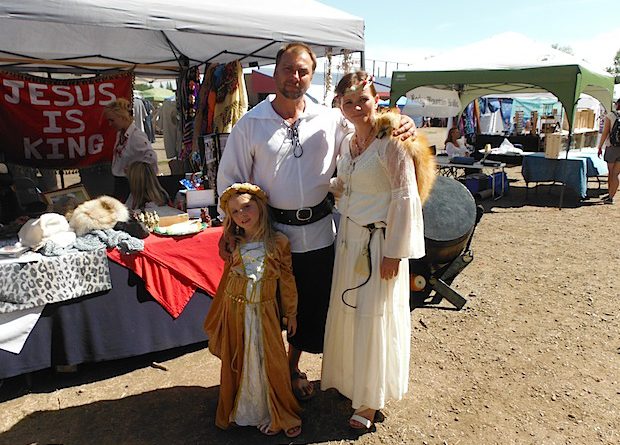 Last year our family had rented booths at the annual event in Brooks called “Brooks Medieval Faire”. The event lasted for two days and for them was a huge success. We were dressed in Medieval costumes and had a great time with all that came to the event. No complaints, no issues until we submitted this year application to rent the booths for this year event. We were shocked when the e-mail came back from the organizers simply stating that we are not welcomed to come back, because of our Christian faith.

Here is the e-mail from the Barbara Matson Chairperson for the Brooks Medieval Faire Society:

I’ve spoken with the vendor coordinator, it is the Brooks Medieval Faire Society’s decision that you are not welcome to vend at our Faire. We decided six years ago that we would not promote any one religion and found your backdrop banner to be offensive to us as well as complaints we had from other attendees and vendors. This decision is final!”

The banner that they were referring to read “Jesus is King”

Now we know how the Jewish people felt in the early 1930’s in Germany under the Fascist dictatorship. They were losing their jobs, property and dignity simply because they believed differently than Germans did. -stated Artur Pawlowski

“Here we go again. We as a society have learned nothing. History has taught us nothing and because we refuse to learn we are repeating the same mistakes. During this time in Canada, it is not only difficult to be a real Christian it is becoming very dangerous. Political correctness got us into the place of great discrimination of one group to accommodate another group. Intolerance for the sake of tolerance.” continued Pawlowski

We look forward to a message being sent that this kind of discrimination will not be allowed in Canada where the Charter of Rights was put in place to protect us from this kind of bigotry”, concluded Artur Pawlowski.

We have no choice but to file a Human Rights Case and take the organizers of “Brooks Medieval Faire” to court for open discrimination against Christians. 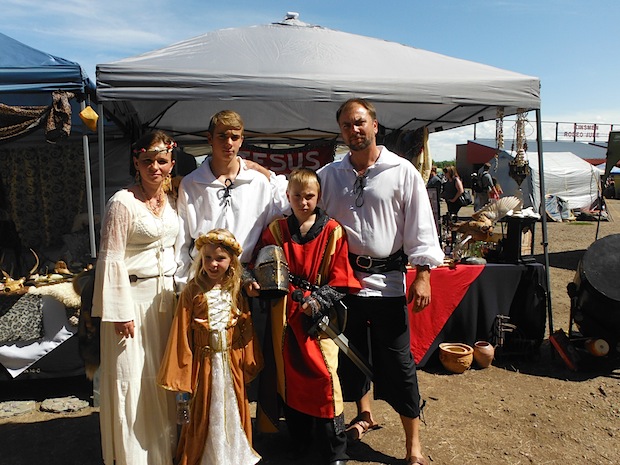