ATTACKS ON STREET MINISTRY MUST END!

"Recently a southern Alberta family, who were long time volunteers with the Drop-In Centre – bringing food to the poor, in an effort to teach their children compassion for the homeless, were ejected from the building when staff realized they had also chosen to be Street Church volunteers.  This is completely ridiculous, there is no reason for it.  It is senseless and ruthless bigotry.", stated Bogdan.

Due to the ongoing abuse, that has been happening for years now, Street Church has filed a human rights case against the Drop-In Centre and against Dermot Baldwin.  Dermot Baldwin has been included in the case due to evidence that demonstrates that this mistreatment comes as a direct mandate from Balwin himself.

"It has come to our attention by testimonies from Drop-In Centre staff members, that Dermot Baldwin gave specific instructions to kick out anyone associated with Street Church.  I am not sure what motivates him to treat us with such unbalanced and unfair treatment, but it must stop.  The only difference between our volunteers who are ejected from the Drop-In Centre and other volunteers, who are not, is that we not only take care of the poor, but we also preach the good news of the Gospel.  The Drop-In Centre should not be allowed to demonstrate such blatant bigotry"

Any press or media representative can get further details by calling Bogdan Stobiecki and Street Church Ministries at (403) 607-4434. 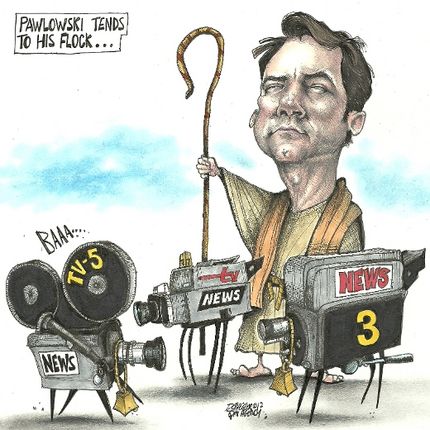