On February 3, 2010, Calgary’s Administration will present a, modestly redrafted, proposed Bylaw to City Council’s Standing Policy Committee on Community and Protective Services.  The City, in a "CONFIDENTIAL" letter, revealed that its’ administration went back to the drawing board and is returning for round two, to try to get a proposed Bylaw, expanding the boundaries of the Municipal Complex to include all surrounding sidewalks and +15s, passed into law.

Artur Pawlowski, a street preacher in Calgary, feels that this is yet another attack, accompanying many others (from the municipal, provincial, and federal governments) to try to stop him from publicly protesting their abuse of power and their unconstitutional stripping of his rights, and the rights of both of the ministries that he runs; Street Church Ministries and Kings Glory Fellowship.

"In the recent ruling, in the provincial court, the judge found that the City was abusing their power over me and that those laws were, in fact, unconstitutional.  How did the City reply? They appealed the decision and are using secret meetings to try to pass more unconstitutional laws.  This is absurd.  It’s becoming insane and it has to stop!  Government is supposed to be for the people not against them."

The proposed Bylaw will redesignate the sidewalks surrounding City Hall as part of the Municipal Complex.  Any unapproved use of the sidewalks under the proposed Bylaw, would be deemed unlawful, with a penalty of being charged under the Petty Trespass Act (Alberta) S2.1(2)(c).  With the Bylaw in effect, citizens will need the approval of City bureaucrats to use areas within the complex, including what is currently considered public sidewalks.  The sole discretion of who will and who will not be allowed to protest will fall into the hands of the City officials.  Mr. Pawlowski feels that the timing of the redrafting of this bylaw is striking, as the current bylaw has been in effect since 1991, without any desire on the part of the City to revise it.

"It is their way of attempting to destroy me and muzzle the church.  After the City failed, through the court system, they are continuing with an attitude of, ‘whether this way or that, we will get you and crush you.’  I find it very interesting how, from every level of government and bureaucracy, we are being pressured to shut up and sit down, to crawl under the bed and cry.  Yet, the needs of the homeless are greater than the heat from the government.  These people need help and that what this is all about.  Besides, who’s going to help them if the City gets their way? The government? I doubt it."

It appears that the desired net effect is to limit public activities, including protests, to those which the City approves of under the limits the City states.  One might wonder why City Hall wants to pass public policy quietly, without the prying eyes of the public.  Perhaps it could be that the last time the administration tried to secretly go to committee with their original draft, the media was there to disclose their plans, to shut down public protests, and the original proposed bylaw was sent back for redrafting.  It’s also interesting to note that the revised bylaw still contains the very area of concern that the aldermen protested against, namely the infringement on the right to public protest, when they decided to send it back.

Concerned Christians Canada is especially concerned with the fact that that the public is not being consulted or informed about their rights being stripped of them. They have indicated that this move seems to be happening by stealth, which demonstrates a lack of accountability and transparency. They also stated that they feel that history is repeating itself, with only a hand full of people making decisions that will adversely affect the rights over a million people.

Jim Blake of Concerned Christians Canada and Artur Pawlowski of Street Church Ministries and Kings Glory Fellowship, along with supporters, will attend the session in order to oppose and challenge this revised Bylaw, pointing out its constitutional deficiencies.  They are inviting the media and citizens, concerned with government accountability and transparency, or with constitutional freedoms, to attend the meeting as well.  The media may contact Jim Blake National Chairman of Concerned Christians Canada by phone at 403-690-4636.

the document that the City labelled CONFIDENTIAL.  Ask yourself why they wanted this kept quiet. 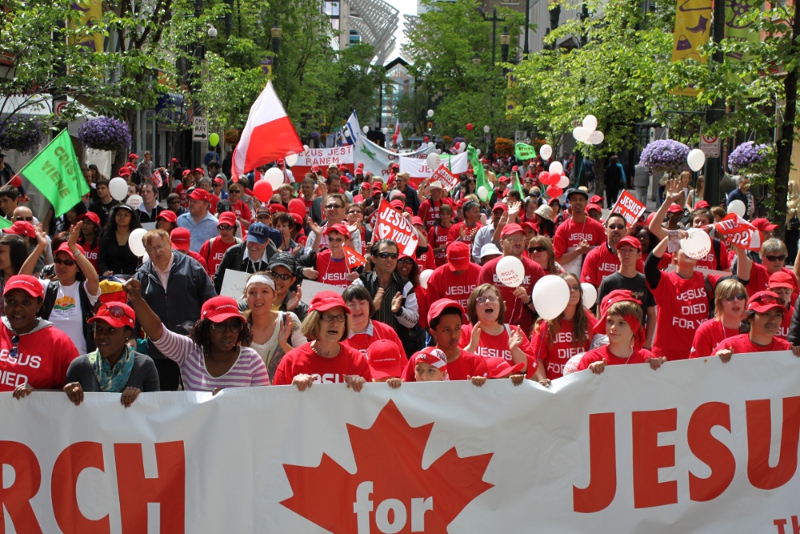