CALGARY, Alberta, December 22, 2011 (LifeSiteNews.com) – Members of a Christian group in Calgary were disrupted from Christmas caroling and reading the Bible in the City Hall’s atrium after police and security officials arrested a number of them, charging them with trespassing.

City officials say that the group had been warned when they held a similar event previously that they must apply for a permit to hold an organized event in City Hall’s atrium.

“They failed to apply and the police were notified after last week’s event,” said Owen Key, the city’s manager of corporate security to the Calgary Herald. “They repeated that today, again not submitting an application through the approved process, choosing to hold this service again in the atrium.”

However, Christian Pastor Artur Pawlowski told LSN that he would like to “follow all the rules and do the permits, but in the permit process there is stuff that is simply unconstitutional” adding that he and his group will not “sign a document that is breaking the law.”

Pawlowski pointed to the liability clause in the permit application process that he says requires everyone who gathers at the City Hall to have insurance. He thinks that this amounts to prohibiting the public from exercising their rights.

Describing his arrest, Pawlowski said: “I was approached by corporate security and was told that what we are doing here was illegal, that we were breaking a bylaw. I asked which bylaw? They refused to tell me which bylaw, probably because there is no such bylaw.”

On Tuesday, Pawlowski along with about 30 Christmas merry-makers entered the City Hall about noon during the lunch hour. “We brought Bibles, we brought a guitar and a bongo drum, so that with the rest of citizens, we would remind ourselves that this time of the year has been used for hundreds of years as a time to celebrate the birth of our Lord and saviour Jesus Christ,” wrote Pawlowski on his blog.

The group of Christians, known as Street Church Ministries, maintain that their appearance was in response to the invitation of Mayor Naheed Nenshi, who said during the Three Things for Calgary launch on October 21st that “City Hall Atrium is Calgary’s living room.”

“I always call it that, and we need to make it open for people to be able to use in a more thoughtful way,” said the mayor at that time.

Pawlowski recounted that after preaching 15 minutes worth of the Christian message and singing their first hymn, members of the group were seized by about 10 police officers and 4 to 5 security personal and escorted out of the building.

Some members of the group, including Pawlowski, decided to bring the situation immediately to the mayor’s attention.

“We decided that the top man that runs this city should be made aware of this matter and that he should have a word with City Hall’s Corporate Security team. There seems to be a big misunderstanding in this city about what citizens rights truly are. Who best to clear this matter up than the very man that gave the invitation,” wrote Pawlowski on his blog.

“One lady was handcuffed so tightly that she had tears in her eyes. She was saying to them, ‘why are you doing this so hard? There is no need for this. Please loosen them up a little bit.’ But they did not listen to her,” said Pawlowski, adding that there was “no need for such roughness.”

In the end, six members of the group were arrested and the rest were given trespassing notices. One young man who was arrested was allegedly taken into a police car, driven to the outskirts of the city, and left to find his own way home.

Pawlowski said that the police did not take him and his arrested companions to the waiting paddy wagon, but made them walk handcuffed through the LRT station to the police station.

Pawlowski, who lived under Communist rule as a child in Poland said that the actions of the police and security personal reminded him of threat tactics used by the nazis and communists to intimidate and embarrass people.

“Can you imagine being handcuffed like a criminal, taken to the LRT station with hundreds of people watching you?” he said.

The church members were each fined $287 with a note explaining that each “failed to leave land when directed.” Each was released with a summons to appear in court.

“At the end of the day,” wrote Pawlowski on his blog “if we do not push against this sick agenda of political correctness and this open silencing of people’s beliefs and convictions, as in the past generations, we will face ungodly rulers that will simply create a dictatorship out of our once free land.” 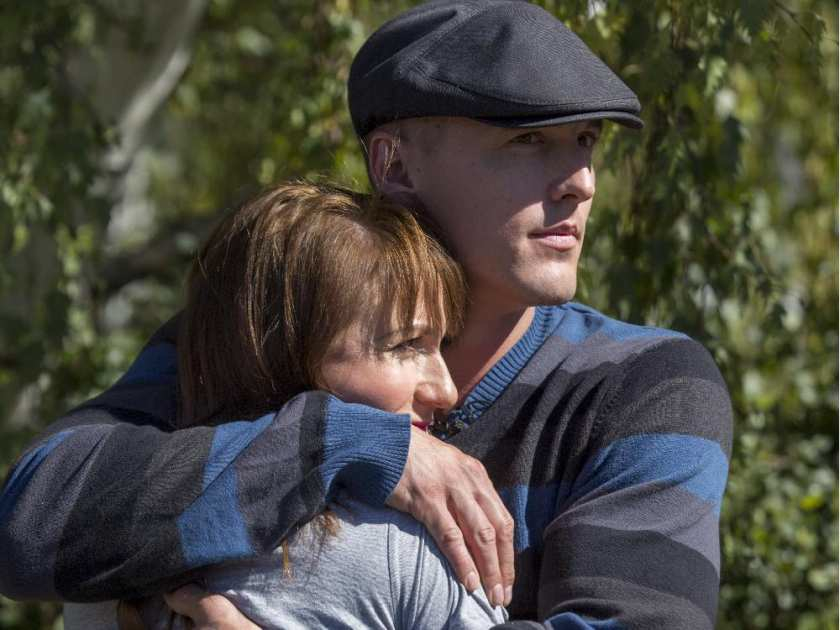 In Alberta, it’s all about your base instincts