According to the city, the bus won’t be pulled, and it’s scheduled to start service Monday on the No. 2 route.

The City of Calgary has decided to clear the air after a rainbow adorned Calgary Transit bus became the metaphorical elephant in the room.

Last week, quickly after Calgary Transit unveiled the colorful bus decal, an employee, whom the city said has not yet come forward with a formal complaint, spoke to the media about his fears on what may happen to him if Calgary Transit force him to drive the bus against his religious beliefs.

“I have a family to support and I am very concerned about losing the job, it’s something I’m very proud to be a part of, but when it goes against the most important things I stand for, or if I’m asked to compromise in such a big way for what I believe to be right, then I have to lose my job,” Jesse Rau said last week.

On Monday, rumour circulated online that Calgary Transit planned to pull the rainbow bus service because of the online uproar.

According to the city, the bus won’t be pulled, and it’s scheduled to start service Monday on the No. 2 route. It will rotate routes throughout the week to celebrate Calgary’s support of the LGBTQ community.

“I’m going to speak from the heart,” said Fielding. “Wrapping a bus – whether we’re painting our intersections or in fact participating in the parade – is really supportive of raising the flag…I think what really is at risk and what’s important to me as a city manager here is how we support this community and what principles we stand for.”

He said city employees have to adhere to a code of conduct. So far he hasn’t had a conversation with the individual about whether or not they wanted to drive the bus.

Fielding couldn’t address specific personnel issues, but said normally when employees have issues on the job, approaching a manager is the right action to take.

“It’s a non-issue; I don’t know exactly know why this is an issue for people of my generation,” said Fielding.

“We are embracing people from all walks of life — I just find it unfortunate that we’re embroiled in these types of conversations today.” 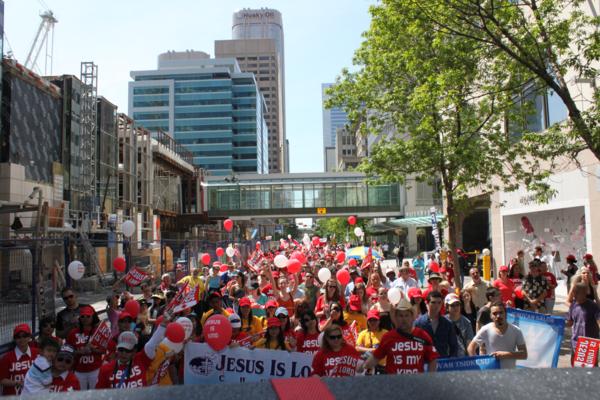