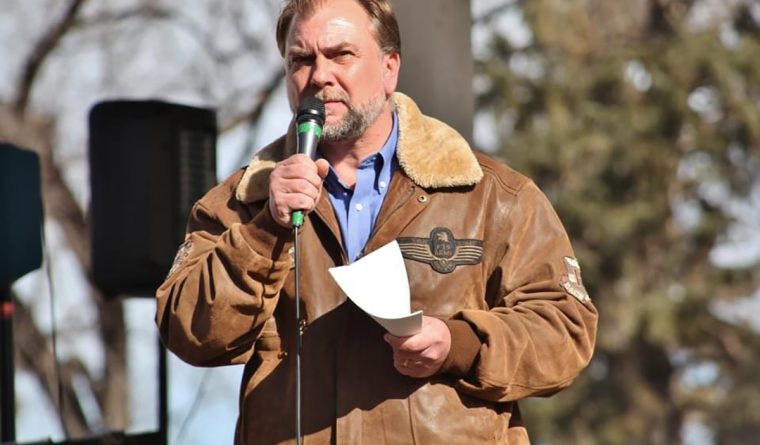 A Canadian court has ruled in favor of a pastor who gained international notoriety for his steadfast objection to coronavirus restrictions and sought to have a lower court ruling holding him in contempt of court dismissed.

Sarah Miller, the lawyer for Pastor Artur Pawlowski of Street Church and the Cave of Adullam in Calgary, Alberta, Canada, announced in a tweet Friday that the Alberta Court of Appeal issued the outspoken pastor a “slam dunk win.”

“The Court of Appeal made a unanimous, sound decision and overturned the finding of contempt against my client,” Miller wrote.

The unanimous ruling from the three-judge panel vacated a lower court decision holding Pawlowski and his brother, Dawid, in contempt of court for holding an illegal public gathering in violation of Alberta’s provincial restrictions on large gatherings imposed during the coronavirus pandemic. The ruling ordered Alberta Health Services to pay Pawlowski and his brother Dawid $15,733.59.

“The finding of contempt and the sanction order are set aside,” the decision declared. “The fines that have been paid to them are to be reimbursed.”

Pawlowski regarded the ruling as a welcome development in an interview with Rebel News.

“I was speechless,” he recalled. “When I learned that this was a total vindication, I stopped talking.”

After lamenting that he had “lost hope in [the] justice system,” Pawlowski expressed gratitude that, “Finally, something positive, something good is happening.” He praised the ruling as “great news, not just for us.”

In addition to the Pawlowskis, the Alberta Court of Appeal considered a request from restaurant owner Christopher Scott to overturn a lower court order requiring him to pay a fine of $20,000 and costs totaling $10,922.25. The Court of Appeal decided to reduce Scott’s fine to $10,000.

When asked if he would change his behavior if he had to do it all over again, Pawlowski responded in the negative.

“Every single thing I did, I did it from the heart,” he said.

Pawlowski indicated a desire that government officials would see the court decision as an order to “let us live our lives free” and “respect our fundamentally guaranteed rights.”

He pointed to the treatment he has received over the past two years as a violation of the order in the Preamble in Canada’s Charter of Rights and Freedoms, which proclaims that the country acknowledges “the supremacy of God.”

“Leave the pastors alone, leave the clergymen alone, leave the Christians alone. This country was built on Judeo-Christian values, the supremacy of God and the rule of law,” he said. “We’re not criminals. Those that did that to us are the criminals. And I hope one day, we will be able to go after the real villains and charge them for the crimes that they have committed.”

Citing an English saying that “the fish stinks or starts to rot from its head,” Pawlowski maintained: “We have a very rotten head in the federal, provincial and municipal government.”

“[Alberta Health Services] would not act like the Nazi Gestapo of today if they would not get their orders from the politicians,” he added.

The Alberta Court of Appeal had overturned a lower court ruling requiring Pawlowski to issue an addendum every time he criticized the government’s coronavirus restrictions.

In the first video, taken on Good Friday of last year, he likened the public health officials to “Nazis” and the “Gestapo” as he ordered them to leave his property and not come back without a warrant.

Shortly after the videos of the tense exchanges between Pawlowski and local law enforcement officials went viral, the Pawlowskis were arrested for holding an illegal in-person worship service that violated coronavirus restrictions. The brothers knelt on the road and refused to walk on their own, leading to police officers carrying them into a police car.

In addition to Pawlowski, Pastor Tim Stephens of Calgary and James Coates of Edmonton, Alberta, also found themselves subject to jail time for holding in-person church services that ran afoul of coronavirus restrictions.

Sandra Solomon a former Muslim, raised in Saudi Arabia will open the March for Jesus in Calgary!