Last week, Jesse Rau, a Calgary Transit bus driver, claimed that, because of his religious beliefs, he would rather quit than drive the rainbow-decorated Ride with Pride bus. “Then quit!” was the succinct reaction of many on social media.

At first glance, the legal rights at issue appear refreshingly clear. Calgary Transit’s rainbow bus, scheduled for service in the two weeks leading up to Calgary’s Pride Parade, is a welcome celebration of the LGBTQA community, diversity and human rights. Justifiably proud of its initiative and its positive message of inclusion, Calgary Transit responded to Rau’s concerns with a reminder that “drivers can only refuse work based on safety issues.” The human rights landscape, however, is not so definitive.

The Alberta Human Rights Act protects employees from discrimination based on their religious beliefs, including Rau’s. For the most part, that means employers cannot prefer to hire or fire an individual based on their religious views, but it also requires that when workplace rules substantially conflict with an employee’s religious beliefs, the employer has a duty to accommodate the employee to the point of undue hardship. While there is no strict formula of when hardship becomes undue, courts and human rights commissions will examine the financial cost, feasibility and overall impact on operations of the proposed accommodation in making their determination about where to draw the line.

The Supreme Court of Canada has held that employers generally have a legal duty to accommodate employees compelled by faith to observe a religious day of rest. An employer’s argument that working on a particular day is an essential feature of the job necessary for all employees will usually fail to meet the threshold of undue hardship since it is almost always possible to alter work schedules and commitments to allow employees to observe religious holidays and Sabbaths.

Rau’s religious objection to driving the rainbow bus arguably gives rise to a similar duty to accommodate. It does not matter that other Christians do not share his particular views, or that others see no conflict between his beliefs and his work responsibilities. Courts have avoided arbitrating the merits of religious doctrine and its obligations. “Religion,” the Supreme Court of Canada has written, “is about freely and deeply held personal convictions or beliefs connected to an individual’s spiritual faith and integrally linked to one’s self-definition and spiritual fulfilment.” In other words, faith is a personal matter, and individuals are entitled to define their own sense of the divine and the obligations such devotion imposes, so long as they are sincere in doing so.

Of course, no employer would have to continue to employ an employee who, for religious reasons, could only work one day a week, or one hour a day. Someone working at a call centre is unlikely to be able to convince a human rights commission that his six-month religiously motivated vow of silence can be reasonably accommodated. Calgary Transit can insist that all drivers carry out the core demands of the job — to pick up, respect and transport safely all members of the public — regardless of a driver’s religious views.

Rau should not have to lose his employment since his religious beliefs are easily accommodated well short of undue hardship, by not scheduling him to drive a particular bus over a short two-week period for religious reasons.

Bravo to Calgary Transit for its rainbow bus and its celebration of human rights. Hopefully, the rainbow will also remind them of the deep diversity in their own workforce. Employees have rights too, including the right to religious views that seem objectionable and difficult to fathom. The right to those religious beliefs and the practices they entail are never absolute, but Canadian human rights law has created a sensitive and sensible middle path by which religious views can often be accommodated in our places of work. And that too, is worth celebrating.

Eric M. Adams teaches constitutional and employment law at the University of Alberta, Faculty of Law.

In Memory of Never Again 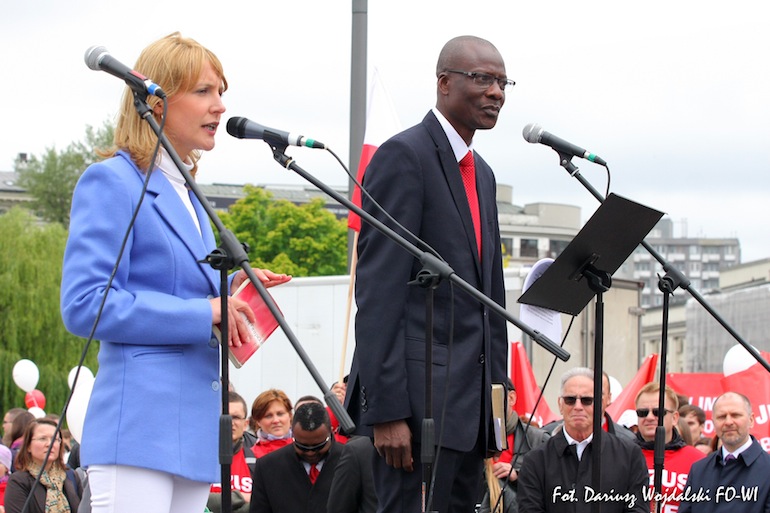 March for Jesus in Warsaw