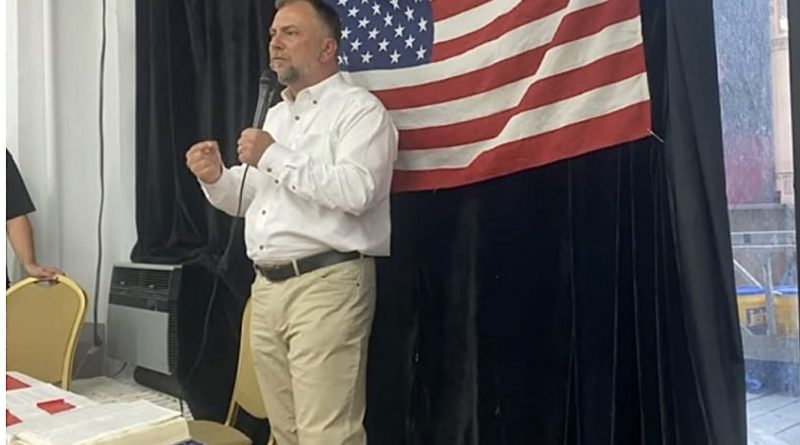 Restrictions on Artur Pawlowski’s free speech were included in the Alberta judge’s 12-page ruling on Friday.

In a 12-page ruling released last Friday, Alberta Justice Adam Germain wrote as a “final” term of the probation order that Pawlowski must, when “exercising his right of free speech and speaking against AHS Health Orders and AHS health recommendations” in public, including on social media, state the following:

“I am also aware that the views I am expressing to you on this occasion may not be views held by the majority of medical experts in Alberta. While I may disagree with them, I am obliged to inform you that the majority of medical experts favour social distancing, mask wearing, and avoiding large crowds to reduce the spread of COVID-19. Most medical experts also support participation in a vaccination program unless for a valid religious or medical reason you cannot be vaccinated. Vaccinations have been shown statistically to save lives and to reduce the severity of COVID-19 symptoms.”

Last Wednesday, Pawlowski was handed a sentence from Germain that did not include jail time despite health authorities asking for it, but he was fined $23,000 and given 18 months’ probation and 120 hours of community service.

Pawlowski is also banned from leaving Alberta unless he obtains permission from his probation officer, which is extremely unlikely.

Pawlowski and his brother, Dawid, were in court last Wednesday for a sentencing hearing on contempt of court charges against them for holding worship services at their Cave at Adullam church in Calgary in the spring of 2021. The service was held contrary to strict COVID rules in place at the time banning large in-person worship services.

Germain’s request compelling Pawlowski that he must also speak the government COVID narrative when he expresses his own viewpoints was not initially made public until last Friday.

“From this, it can be seen that Pastor Artur Pawlowski’s conduct and that of his brother was extremely aggravating. They engaged in both direct and public defiance of a court order designed to save people’s lives. From the perspective of proportionality, their sanctions must be significant,” Germain wrote.

Germain wrote that the Pawlowskis breached a court order “issued in favour of a health authority designed to protect people by keeping them socially distant, away from groups, and wearing masks in public.”

“While I respect that these are all intrusions on personal liberty, they are not sacrifices that would offend the Canadian Charter of Rights and Freedoms and they are not egregious sacrifices,” Germain wrote.

In the ruling, Germain wrote that in his opinion, the May 2021 church service that preceded the Pawlowskis’ arrest was a kind of “political rally wrapped up in the flag of a religious service, and that he had ample time to be briefed on the impact of the Rooke Order.”

Pawlowski and his brother made international headlines after being arrested in a highway takedown in May for holding worship services at their Calgary church amid COVID lockdowns.

However, they were arrested under an order made in May by Alberta Chief Justice J. Rooke that did not apply to them.

Rooke’s order, however, was made for Chris Scott, the owner of the Whistle Stop Café who had been operating in defiance of COVID rules. Scott was also fined last Wednesday by Germain.

The Pawlowskis served three nights in jail in May before being released on bail.

Judge claims Artur Pawlowski ‘taunted him’ to send him to jail

Germain claimed in his ruling that Pawlowski in an earlier court appearance had been asking for a prison sentence.

“When Pastor Pawlowski addressed the Court, he taunted me to imprison him. He knows that for him the 21 days in jail will be a slap on the wrist that will make him a martyr,” Germain wrote.

Germain was also not happy that Pawlowski spent most of the summer in America on his Courageous Faith tour, telling audiences about his ordeals with police and health officials who targeted him for not following local COVID rules.

About this, Germain wrote, “It is disappointing that Pastor Pawlowski had to air his grievances about Alberta in another country.”

In September, AHS lawyer John Siddons argued that in addition to a 21-day jail sentence, Pawlowski should be fined $2,000 and pay $15,000 in costs. Siddons also recommended Dawid be jailed for 10 days.

At a September hearing, Pawlowski appeared virtually in court to argue against the pending jail sentence. He told Germain that he stood before the court as a “political prisoner of conscience.”

In the spring of 2021, Pawlowski, who is a Polish immigrant, made international headlines for calling police and health inspectors making two unannounced health visits to his church “Gestapo Nazis.”

About this, Germain told Pawlowski that he did not have the right to refer to the health inspectors as “Nazis.”

Judge claims Pawlowskis are on the ‘wrong’ side of history

Germain also said the Pawlowskis “are on the wrong side of science, history, and common sense on this issue.”

“The growing number of dead and dying in North America from COVID-19 infection cannot be ignored, nor defined as a false reality. Pastor Pawlowski’s outspoken sermon and political lecture delivered to me in his sanction hearing was a cry for jail because Pastor Pawlowski has observed that jail will add to his persona as a martyred Christian fighting the forces of government evil,” Germain wrote.

“Most medical experts also support participation in a vaccination program unless for a valid religious or medical reason you cannot be vaccinated. Vaccinations have been shown statistically to save lives and to reduce the severity of COVID-19 symptoms,” Germain wrote.

The narrative of overrun hospitals and COVID jabs as being the only means to help those with the virus has been countered by some Alberta doctors.

An Alberta doctor recently spoke out stating the countless COVID jab side effects she has witnessed firsthand.

Dr. Daniel Nagase said it “shocked” him at how his COVID patients were being treated in an Alberta hospital.

Nagase recently gave a striking personal testimony of how he was removed from hospital duty in a small Alberta town because he used Ivermectin to treat three patients with severe COVID-19, two of whom responded well to the drug.

“(Now) every time I open my mouth to the public I have to lie, to the public, stating that vaccinations are saving lives, that masks work, that doctors and scientists are all for restrictions, pretty much a lie,” he said.

According to a Rebel News report, Germain is a “failed Liberal politician who was appointed to the courts by Jean Chretien after he lost his election.”

Just a few weeks ago, Pawlowski was arrested by customs officials for offenses said to have occurred months ago upon returning home to Calgary from a tour of the United States.

Section 176 of the Criminal Code of Canada makes it a crime to interrupt a church service and also to arrest an “an officiant” when they are returning home from service, but at that time churches in Alberta were subject to lockdown rules imposing strict capacity limits.

Pawlowski’s legal team is working on an appeal of Wednesday’s sentencing along with his free speech limitations. 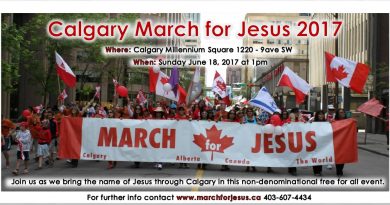