As you are aware, for the past 8 years the Stampede Committee has repeatedly demanded that the name of Jesus Christ has no place in Calgary’s Stampede Parade. On number of meetings through the years we were told that the name of Jesus offends people. That triggered an ongoing conflict between Street Church Ministries and Calgary Stampede. In result we had to defend our constitutional rights in the Court of Law. Calgary Stampede demanded a permanent injunction to be set in place in order to prevent Street Church Ministries to be able to protest and participate in the Stampede Parade.

We have great news to report. Yesterday the Courts have upheld our fundamental rights to protest. Below is the Courts decision. Street Church Ministries is holding a protest during the Calgary’s 2013 Stampede Parade, and during the 10 days of Stampede. If you are interested in participating in the protests please contact Art at 403 607-4434 or via e-mail: art@streetchurch.ca

We as Christians believe that the name of Jesus Christ should be allowed in the Calgary’s Stampede Parade. We all know that Canada was build on Christian principles and because of it we have one of the best Democracies in the World. If you have a desire to keep it that way, please come and join us. You should be concerned that all other faiths and business organizations are allowed and welcome to participate. Muslims, Punjabis, Buddhist, New Agers, homosexuals, all business banners are represented and yet in the democratic Calgary, Christians are not allowed to carry the name of Jesus.

To conduct a lawful protest we have to follow the requirements of the court. Please read the document below and contact Artur Pawlowski if you are interested in participating.

Come and help us to restore the true heritage of Democracy in the city of Calgary! 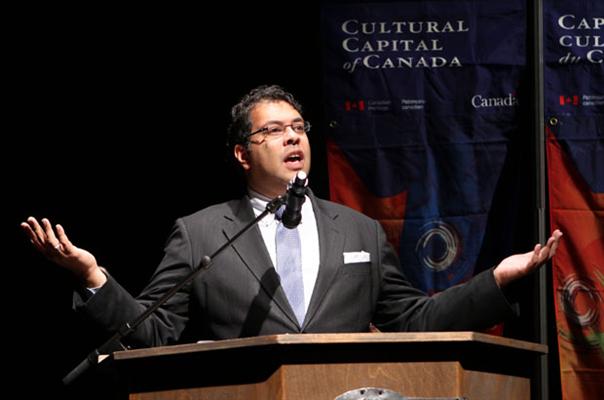 January 5, 2007 Artur Pawlowski Comments Off on Church Under Heavy Fire!!