I wanted to thank you, on behalf of our congregation, for the stance you have taken toward the Nation of Israel. It truly has made you a leader above all leaders in the world, in this area. It is our sincere desire that, going forward, you maintain a strong stance in support of Israel and that you make all who oppose Israel aware that no such stance will be tolerated. Please continue to make it clear that as a nation we Canadians agree that the Nation of Israel has the right to be a sovereign nation and has a right to protect its’ lands, its’ heritage and its’ peoples, and that we as a nation will do what is necessary to demonstrate our support.

As you know, the Bible is clear that those who bless Israel will be blessed and that those who curse Israel will be cursed (Genesis 12:3). So we are very thankful that you chose to bless Israel and that due to that fact our nation will receive blessings connected to that right stance. For it truly is terrifying to fall into the hands of the living God, in sin (Hebrews 10:31). We must remember that the children of God are the apple of God’s eye (Zechariah 2:8).

There is another matter of justice and mercy that you may or may not be aware of. It is the matter of the recent arrest of Linda Gibbons, and her upcoming trial, on Nov. 4. This woman has suffered greatly for the cause of the unborn. She has been imprisoned now for a total of over eight years all for exercising free speech relating to the protection of the most vulnerable citizens of our nation. What this wonderful woman continues to bring attention to is the ongoing genocide of our own countrymen, that would one day love to stand and defend "our nation strong and free".

Sir, there will be a time when we as Canadians will cry, to the Living God, "where are our soldiers, to defend our land?" and the answer will come from the throne room of God, "You have killed them, in their mother’s wombs, and have replaced them with your worst enemy" (referring to those immigrants that do not love this country, and the values that our forefathers died to protect).

Today, we plead with our Prime Minister, on behalf of Linda Gibbons, that you, with your office, will step forward and intervene in the matter of the unjust treatment of an elderly advocate of the unborn. One might ask, why this grandma is such a threat to the state. A recent article in the Canada Post (http://life.nationalpost.com/2010/07/30/fighting-abortion-one-arrest-at-a-time/ ) stated, "Ms. Gibbons has been arrested roughly 20 times and has been behind bars eight of the past 16 years — nearly as much time as Karla Homolka." Really? Why? What is worthy of this treatment? That the sacred cow of abortion was merely spoken against? I am sure that I don’t have to remind you that in a "free and democratic society" offence is not a reason for imprisonment, yet due to the bubble zone laws throughout Canada this has been made the case. You, yourself, know as a politician that things you say, or do, may seem, for some, controversial and unpalatable but you will still go according to your convictions. Ms. Gibbons needs your help, as a man of influence and a man of justice, to free her to be a woman of conviction, publicly and without the state’s punishment for doing so.

Mr. Harper, "The king’s heart is like channels of water in the hand of the LORD; He turns it wherever He wishes." You see, "Every man’s way is right in his own eyes, But the LORD weighs the hearts." Also remember, "To do righteousness and justice is desired by the LORD more than sacrifice. The exercise of justice is joy for the righteous, But is terror to the workers of iniquity." Proverbs 21

Let us finish our plea with this, our prayer for you "Maintain justice and do what is right, for my salvation is close at hand and my righteousness will soon be revealed." Isaiah 56:1

We hope to hear from you soon, 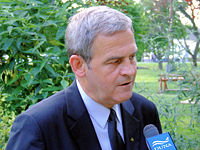 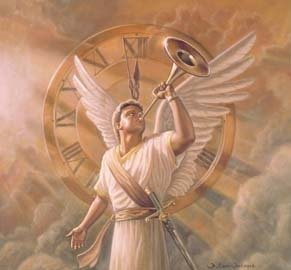