The word of the Lord is more than words, its substance.

We need to follow the word. It needs to overpower you. It needs to be in you to direct you. It needs to be the strongest force and the loudest sound in you. It’s an overcoming fire. You need to give it such precedence over your own life where you are no longer in control, where the power of the word literally overpowers you and masters you. Until you are the voice, you are what God is saying in the earth, until there is no part of you that has not been conquered by the word.

Every desire is laid down, every thought is laid down and you are the carrier of the word of God and you are a fire and a hammer wielded by the hand of God Himself. And you will bear the stripes of the word and you will be brought through the valley of the shadow of death with the word and you will be hated with the word. You got to hear it. You’ve got to hear the word. He, who has ears to hear, let him hear what the Spirit is saying to the churches. The word has gone out and God is directing his army and some heads are going to hear it and bow but those who do not hear it will not bow and they will be destroyed.

There is a call that’s gone out and the word of God has been sent.

Either you will bow and let the word overtake you and rule you or the word will consume you. That still small voice has to made louder than the world around you, has to influence you more than anything around you, has to drive you and push you forward. It’ll make you burn with life "I have come to cast fire on the earth and how I wish that it were already kindled." You keep it a whisper in your life so you can push it away.

I pray it becomes louder and louder until you can’t sleep, until you can’t rest in anything but Him, until His word shakes us until everything that can be shaken; all the compromise, all the false comforts break off us and we are brought to nothing before Him and His power is released in us.

The voice… can you hear it

My brother Artur…It’s been a while since we last had contact and the Lord brought you to mind. I finished my parole four months ago and am free to travel. It has been quite a learning experience here in Whitehorse.

The Lord is good and I feel your heart’s compassion for the ministry He has called you to. If I could get on a bus right now I would come to Calgary to stand with you in your fight against the enemy (Ephesians 6:12) Please agree with me for the answer to a job. The Lord wants me to move elsewhere to fulfill His purpose. I feel for you my brother. I was kicked out of the chapel at Drumheller because I refused to back down from the enemy.

We are in the last days and things are only going to get worse..Praise God He’s coming back!!!!! I feel as if the Lord would have me encourage you to spend quality time in prayer and in the Book of Acts……Meditate in that Book my brother soak in it until the Spirit of God arises within your spirit with a force so powerful that no opposing authority will be able to resist but will fall to the ground in mass repentance. Remember at all times…"Greater is He that is in you than He that is in the world."

Artur…the Lord called me to preach the Gospel at the age of 15 and I ran from His call first through ignorance and then through rebellion which led to many years of incarceration. HOWEVER, the Lord did not quit or give up and has restored the years that the locusts have eaten. Praise the Lord!!!!!! If I can be of any assistance please do not hesitate to contact me.  I will be looking forward to your response….. God bless you my precious brother… you and the ministry are in my prayers… The Lord Jesus Christ is still and will always be the King of kings and Lord of lords!!!!!!!! Through His death, burial and resurrection He completely overcame all the power of the enemy… Hallelujah!!!!

This is the Message we must preach regardless of the cost. I love you in the Lord and you are an encouragement to all those who will take an eternal stand for Christ. As His Body we cannot fail as we look only to Jesus and rely upon Him…. Not by might, nor by power, by My Spirit says the Lord…

Dear Brother Artur: In 1989 the Lord told me that He was going to pour out His power onto His own in order that they would overcome. I sensed sadness in His heart….sadness over those that go to church and attend services yet do not totally live for Him. He said that He was obliged to pour out this power, for He has said where sin abounds much more will His grace abound.

I saw that if sin around us is at a 5 foot level for example, His power would exceed it by 5 inches so that His children would have the power to overcome (just to give you a visual idea). Those that sit in the pews and sing their praise songs would have enough power to overcome because of God’s promise. However, He told me with great sadness, that He had a glory to release to all of them but only those that would willingly suffer for His name’s sake and the sake of the gospel would qualify to receive the power that would bring glory to Him. His sadness was over those that would not qualify for the greater glory.

I believe, brother Artur that you and others like you and Bogdan are now qualifying for this greater glory. Rejoice dear ones for the heart of the Father is made glad by you.

Praise to God in the Highest! David and Anna Young Kitchener, Ontario

Where are the burning hearts?

I cried out to you to come and follow me…I asked you to sit beside me and fish for men and you ran off to a conference…. I called  you to come and sit at my feet and learn my wisdom….but you ran off to college…. I cried for you to turn from your wickedness….but you said I’m under grace I can do what I want….. I whispered in your ear, be my bride…..but you went to flirt with the world…. I was wracked with pain under the weight of the cross and I looked for you in the crowd to carry it with me…but you said that God wanted you comfortable…. I asked you to come when they dragged me outside of the city….but you wouldn’t come, you said the city is where your friends are… 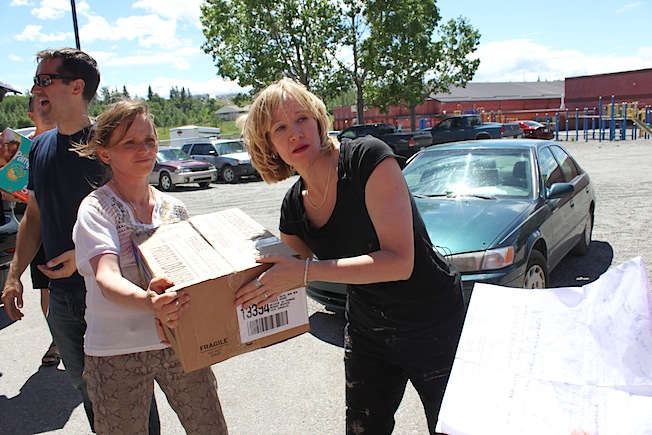