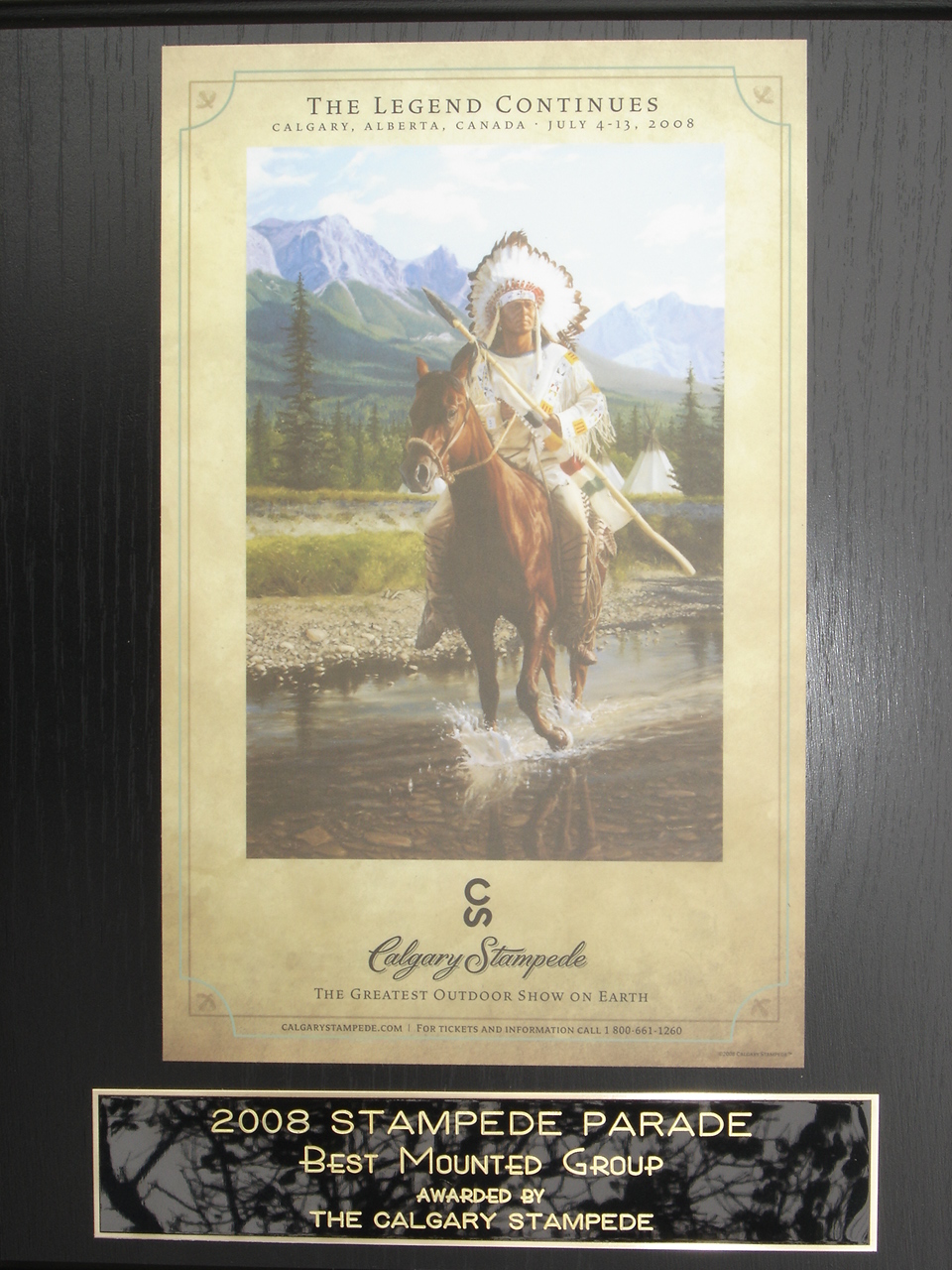 This year not only did Street Church get into the Stampede for the third year, but we were actually, by the grace of God granted an official entry.  What an awesome day that was.  Street Church volunteers dressed up in seventeenth century outfits much like musketeers.  There were horses, carriages, flags, the name of Jesus in large letters leading the way, and David dressed in red, blowing the shofar, and dancing through the entire parade.  Music was played preaching that every knee shall bow and every tongue will confess that Jesus is the Lord.  Jack, at 88, and Daisy, at 82, were sitting in one of the beautiful carriages waving to the people on the sides of the street.  The whole entry looked like a royal caravan going through the streets of Calgary.  Four very large flags proclaiming that "Lord God Jesus Christ, the only way to heaven", were carried on tall masts.  Two young girls on horses and the ten commandments closed off the entry.

The looks on the people’s faces were everything from amazed, to excited, and some people even shouted with support.  Many people clapped along with the music, some clapped in respect, and others were whispering Amen.

What a joy to be ambassadors for Christ in an International live telecast of "The Greatest Outdoor Show on Earth".  Just Imagine… Moris was jumping back and forth and shouting "one… two… three… Jesus!".  Jim Blake preaching through the entire parade to the crowds, telling them "You are fearfully and wonderfully made, created in the image of God, Jesus loves you, and He died for you so that you could spend eternity in heaven with Him, praise God."  Monty was shouting "hallelujah", pointed to the crowd to encourage them, to which they returned "hallelujah", this happened hundreds of times throughout the parade.

As for me, it was a different experience, not being surrounded by police, or threatened, but actually having the opportunity to just sit in the carriage and wave to people knowing that after three years of standing up for our rights in the name of Jesus, we are finally accepted as official participants.  Glory to God!

Behold, you won’t believe what we are going to tell you.  In the end, we were awarded the 2008 Stampede Parade "Best Mounted Group", awarded by the Calgary Stampede, and were presented a plaque for our efforts.  Isn’t that amazing! Our God is a miracle working God! He told us a long time ago, when we lift up His (Jesus) name, that He will lift us up.

Recently a request was made of the Miracle Channel, where our weekly Evangelism in Action episode is aired, to air a specific previous show.  For whatever reason the show that was requested was not played, but rather a different past show.  The reason this is a testimony is that we were initially disappointed that they played the "wrong show".  As it turned out this show was preaching about God’s view on the matter of killing yourself.  A couple of days prior to the show airing, a son of one of the Street Church volunteers indicated that he was going to take his life.  Normally, this young man was cold to any Christian messages that the Street Church volunteer would watch, and would walk away.  At the time that the show aired, the son walked into the room just as the message was being preached on suicide.  He was captivated and froze in front of the screen and watched and listened to the message.  What we thought was a mistake, turned out to be a divine appointment of God.  God again showed that His sovereign plans work best, even when we think that they are mistakes.

If you are curious about what is happening with our boys in Poland, they are doing well.  They are starting youth camp on the 12th.  They spent a few days in Bogdan’s home town, and Louis so liked the food there, that he said he didn’t want to leave.

As you may recall, some of the street people asked us if we would hold a night time prayer service.  We have decided that we will hold this prayer service on Friday, July 25th at the steps of City Hall.  We are aligning our prayer event with a campaign which is being called a Night on the Street for the poor which is a campaign to unite community and business leaders and other compassionate Calgarians with one voice speaking for the needs of the homeless. Here is the link www.nightonthestreet.ca. Please come out and support this worthy event.

There will be food, and drinks provided.  We will perform a Jericho walk, will light candles, will sing praise and worship music.

God bless you, in the name of Jesus Christ,

Art Pawlowski, on behalf of the Street Church Ministry Team March 27, 2016 Artur Pawlowski Comments Off on Are you ready to take back your city in Jesus Christ name!

January 9, 2013 Artur Pawlowski Comments Off on The Street Advocate 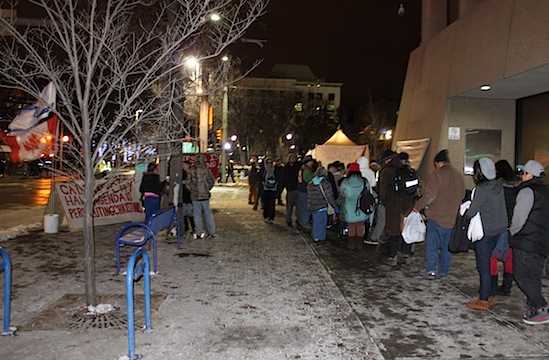 What a wonderful time we had during New Years Eve!

January 3, 2013 Artur Pawlowski Comments Off on What a wonderful time we had during New Years Eve!