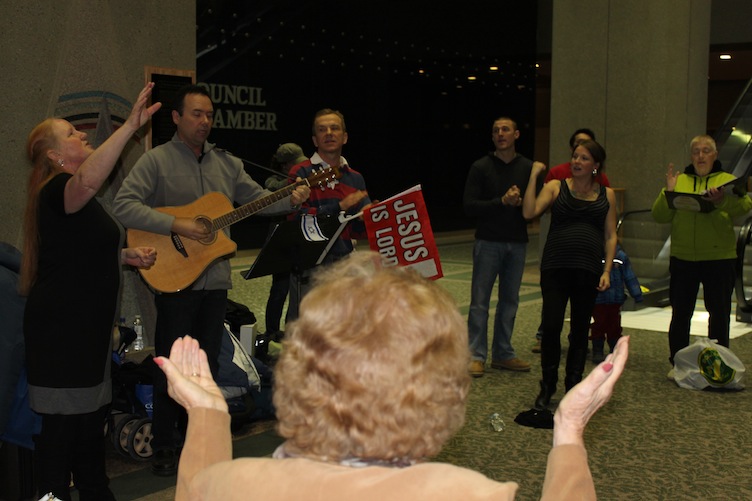 Our prayer and worship meetings are growing and there is more freedom during the services.

The people that come experience such a beautiful presence of God that it releases peace and a sense of pure joy. There was dancing, weeping and people went on their knees to worship without shame. It is in moments like this, for believers in Jesus Christ, that we all know that God Almighty loves everyone and His desire is always to set the captives free.

For the past few weeks we have seen a growing number of participants. Two weeks ago we had over 40 people and week after there was almost 50. God is doing something in this city, you could tell that even those that walked by were being positively impacted, some even stopped and started to sing with us. There was this one man that was walking by while we were worshiping who stopped and lifted his hand and gave glory to God. We have seen others that started to cry while listening to the music. You see, God wants to bring healing to the city of Calgary and not only here but the entire nation needs God’s supernatural touch. Even corporate security, that for months were harassing us, stopped their malicious attacks on our freedoms. They don’t even come to us anymore and rightly so because we are not doing anything illegal or wrong.

We believe as we continue in providing this amazing opportunity for the Christian community that God will be touching more and more people with His mercy and grace, releasing them from their bondages of addictions, depression, and other chains that are holding them down. One lady that works inside City Hall told us that as she was listening to the voices that were praising God she herself was being touched. In her words she said ‘It was so beautiful’.

Another beauty of the meetings at the City Hall is that people come from different churches and different ethnic backgrounds. There are Spanish, African, Irish, Polish, Indian, Canadian, Native, Jewish, Dutch, and others. This is the family of God mixed together for His glory and for His purpose, forwarding the Kingdom of God.

And there is more, we also have a great announcement to make, another church has joined us in our City Hall meetings. A pastor from one of the biggest churches in Canada, Centre Street Church, is coming on April 17 to deliver a sermon to all of us. God is awesome and He blesses unity, so come and unite under one banner, Jesus Christ, every Tuesday at noon as we lift our voices to the One true living God. 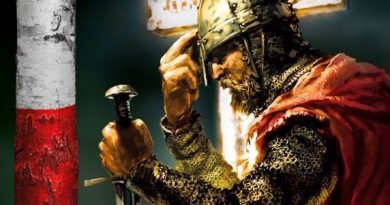 A few shocking facts that you may not be aware of.

Different invitations for the March for Jesus in Calgary 2014