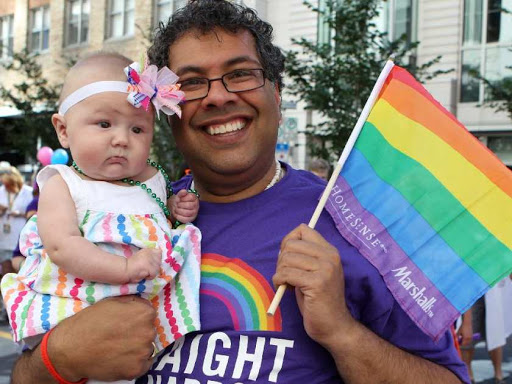 On Wednesday and Thursday, May the 13 and 14, 2020 the city of Calgary councillors with its Mayor debated on the new proposed law; “The ban on conversion therapy”! The public was not allowed to come in. This is yet another attack on our rights and freedoms in Canada. This so called “law”, if passes will become an illegal infringement on our Freedoms of Religion and Conscious.

Here is my submission, delivered on May the 14, 2020 to the elected city representatives that are eagerly trying to break the Canadian Law!

“Martin Luther King Jr. once said that the hottest place in Hell is reserved for those who remain neutral in times of great moral conflict!

Well, here we are today, in the middle of such a conflict! Councilors, you have been elected to defend our rights and to represent the interests of all Calgarians, not just some small portion of our population, but all! You have swore to protect State given and God given right to diversity, multiculturalism, and the “fundamental freedoms” such as: freedom of conscience, religion, thought, belief, and expression! Those rights belong not just to you, but to all Canadians including us, Christians!

We are here today because God is using you as the Judgment on the apathetic, lukewarm, selfish, and self-centered Church! In the hands of God, your are His Nebuchadnezzars and rightly so! The Church, instead of taking care of the poor, the orphans, and the widows in a big scale was playing the corporate game called, business! The Church has forgotten what the whole thing is all about and because of it, it became the tail instead of the head! Nevertheless, I am here to tell you that you cannot control Conscience! It is outside of your reach! No law will muzzle the Truth that God has given to us all!

I know that you have already made up your mind! I know that in the end of the day you do not care what We, the Christians have to say!
But know this! I, Artur Pawlowski Reverend, Chaplain and the Pastor in the city of Calgary, regardless of your law will continue as it is described in the mandate of my faith the counseling, converting, preaching and praying for anyone that will come, seeking my help!
I promise you, I will not stop, just because you bring another of your unconstitutional laws, that targets us, the Christians, and the Innocent!

You are not the first to try to destroy democracy or Christianity! We have seen this before! With the Nazis that declared the Jews to be subhuman. With the communists that announced that there is no God and were hunting anyone that dared to believe otherwise! To the haters of freedom, the Terrorists that murder those that want to live in peace!

So you can pass the laws (the ban on the conversion therapy) that are infringing on our freedoms and become just like those before you! But note this, that they are no more! You see, Everyone dies and everyone will face the Living God! God of Abraham, Izaak, and Jacob! The One that says: Let My People Go! In the end, the Truth, Jesus Wins and the evil perishes!

Where is Stalin? Where is Hitler? Where are the Babylonians?

I hope that this wicked laws will awaken millions of Christians in this country end they will finally say; No More! This is also Our Land!

From me, I can assure you, that I will not turn down a soul in distress sicking help. Homosexual or Heterosexual. Young or Old. Woman or man! White, red, black, or yellow! My services are for all!

I will continue and will never stop, what my God commands me to do! To give Hope to those that have none! To tell them that their tomorrow can look different than today! That there is an answer! That there are Truth and sanity in this laying, insane, twisted generation! And that this Truth has a name! Jesus! That they can also become the Children of God!
People like you come and Go! However, The Word of God stands Forever!

“For this reason, God gave them up to dishonorable passions. For their women exchanged natural relations for those that are contrary to nature; and the men likewise gave up natural relations with women and were consumed with passion for one another, men committing shameless acts with men and receiving in themselves the due penalty for their error.” (Romans 1:26-27)

“…just as Sodom and Gomorrah and the surrounding cities, which likewise indulged in sexual immorality and pursued unnatural desire, serve as an example by undergoing a punishment of eternal fire.” (Jude 7)”

Church, are you still sleeping and are unwilling to fight?

Behold our Calgary mayor with his thugs that will enforce this law against the Church!!!

Incredible Event coming up at the Legislature in Edmonton! October 31, 12 o’clock. High NOON 2020!