Homeless Calgarians doug and ron relax in the crowded dining area of the Calgary drop-In Centre last winter. "The gap between rich and poor in Calgary is increasing and the needs of lower-income Calgarians are increasing," said Kerry Longpre, vice-president of communications for The Calgary Foundation which publishes the citizens’ report card to provide snapshots of 12 key issues in the city.

CALGARY – Money, or lack thereof, is a constant challenge for many Calgarians rated their financial well-being an insipid "C," according to the 2009 Calgary’s Vital Signs, an annual report that measures the quality of life in the city.

"The gap between rich and poor in Calgary is increasing and the needs of lower-income Calgarians are increasing," said Kerry Longpre, vice-president of communications for The Calgary Foundation which publishes the citizens’ report card to provide snapshots of 12 key issues in the city.

Vital Signs is based on the online responses of 1,166 Calgarians. A randomized phone survey of 419 Calgarians augmented the online survey. And data gleaned from research done by numerous community groups helps put those snapshots in context.

"Ten per cent of our workforce earns less than what we considered to be a living wage," said Jordan Hamilton, a research and policy analyst with Vibrant Communities Calgary, a poverty reduction organization that contributed to the report. In other words, one in 10 Calgarians earns less than $22,171 — considered the unofficial poverty line for an individual as measured by Statistics Canada’s before-tax Low Income Cut-Off.

Living below the poverty line means scrambling to feed yourself and your family. Between December 2008 and February 2009, The Calgary Interfaith Foodbank distributed 3,000 more food hampers than it did over the same period one year ago. In the same period, the number of new clients grew by 1,500 — an increase of 44 per cent, according to figures from Vital Signs.

At the same time, the cost of groceries has risen. In June 2008 the average monthly cost of a nutritious 51-item food basket for a Calgary family of four was $784, a 10 per cent increase from November 2007.

"This is a very conservative estimate, based on a family with children under the age of six," said Hamilton, adding that feeding school-age children and teens pushes the cost up considerably. Nor does the "basket" include packaged foods, takeout or restaurant meals.

The recession is exacting a toll. Calgary’s unemployment rate doubled in the past year, up from 3.3 per cent in June 2008, to 6.6 per cent in June 2009 — still lower than the national rate of 8.4 per cent. But with the economy down, the demand for community services is up.

For example, high-risk calls to Distress Centre Calgary for suicide attempts or homicidal thoughts reached 371 by August, more than the 369 high-risk calls recorded in all of 2008.

"With the recession we’re all feeling vulnerable. Even the middle class is affected, and we’re seeing that in the number of bankruptcies," said Hamilton.

Fred Robertson, an anti-poverty activist, believes that with the recession and growing unemployment the gap between rich and poor may in fact be shrinking.

"There are fewer Calgarians getting richer and more getting poorer," said Robertson, 70, who lived below the poverty line for 20 years, but saw his situation improve somewhat when he became a senior citizen and qualified for affordable housing and a regular income from his old age pension.

"I wouldn’t want to be a young person coming up these days, losing my job and trying to make ends meet." 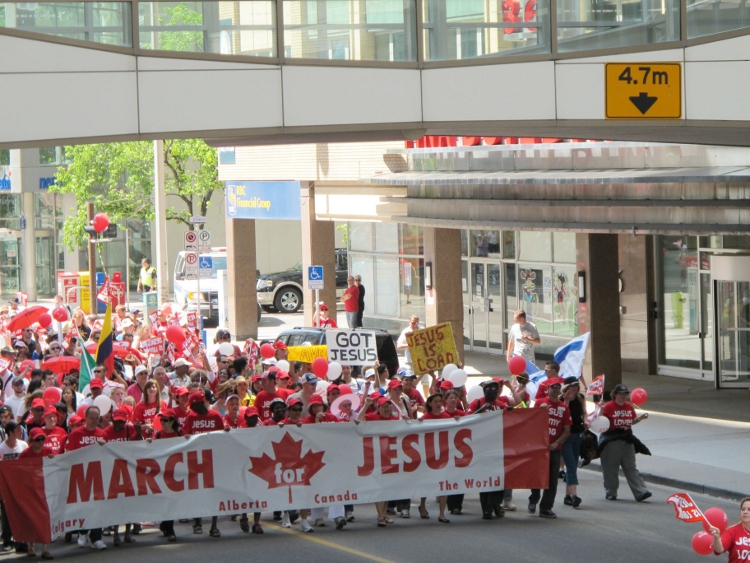