A protest by members of the Street Church Ministries outside City Hall ended Wednesday with a heated confrontation between the church’s pastor and Calgary’s mayor.

Artur Pawlowski held the demonstration to dispute the city’s decision to forbid his use of loudspeakers while preaching to the homeless in so-called Needle Park downtown.

Neighbours filed hundreds of noise complaints before the ministry was restricted.

Mayor Dave Bronconnier avoided protesters and church members intent on praying for him after exiting City Hall before being confronted by Pawlowski.

"Art, all I can say to you is, ‘God bless you, you know exactly what our policies are,’ " Bronconnier said.

The mayor disputed Pawlowski’s assertion that his charter rights were violated.

"We support everybody to the right to spiritual worship, but we also support the rights of private citizens," he said.

About 50 people attended the protest, many of them homeless people who were invited to take from a table laden with crackers, cookies, sparkling water and copies of the New Testament.

"It’s the commandment of God to feed the poor," Pawlowski said in a voice hoarse from shouting, his right arm raised over his head clutching a gilt-edged Bible. 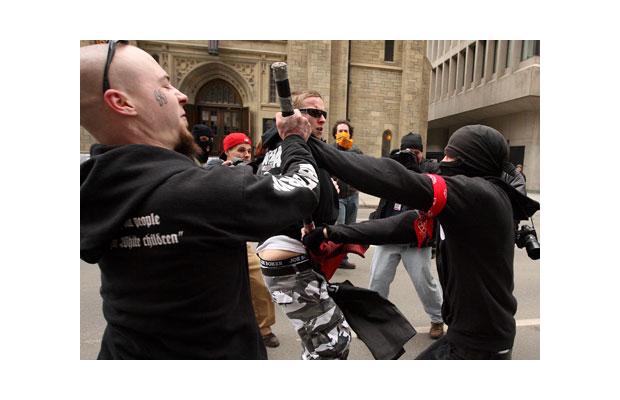 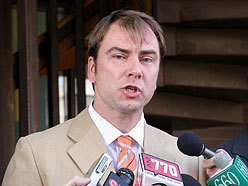