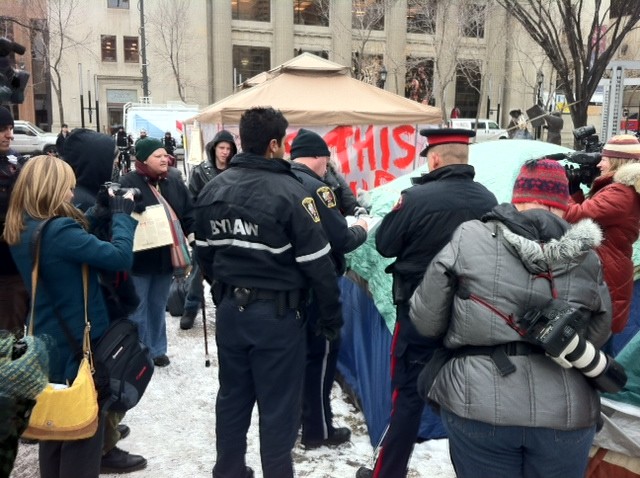 Bylaw officers and police have started handing out warning notices to protesters at Olympic Plaza.  The occupiers of the approximately 30 tents have been told they have until just before noon tomorrow to remove their tents.  However, they are already vowing defiance, citing the Charter of Rights.

Meantime,  a section of the City Hall atrium was taken over by Street Church preacher Art Pawlowski who held a mini bible class. He says he gets targeted by bylaw officers regularly, but Occupy Calgary protesters have been exempted so far.