The City of Calgary should get out of the business of kicking people when they’re already down. That’s what seems to be happening under the 17-month-old civility bylaw.

And what’s worse, council and administration don’t even seem to know it. Officially, only three tickets have been issued by the bylaw department, but the police have been handing them out by the hundreds, according to those who work with the homeless. The bylaw tickets bad behaviour like putting your feet on a park bench, spitting, urinating in public and even loitering.

But as far as Calgary’s director of Animal and Bylaw Services, Bill Bruce, is concerned, the new law has mainly led to warnings, not costly tickets. His department issued only three tickets, all for public urination. "I can assure you there wasn’t a homeless one in the bunch."

It’s good the bylaw helps authorities deal with drunken foolishness, which is ramping up again on the Red Mile. But discretion is still warranted.

As a runner, am I going to get ticketed if I’m caught taking a swig from my water bottle and spitting it out? Or stretch out on a park bench? Of course not. It’s clear I’m not homeless.

Someone discreetly relieving themselves behind a bush because they can’t afford a pot — or anything else — is an easy target. They should be left alone to do their business in private, with what remains of their dignity. While bylaw officers may not be ticketing society’s most vulnerable, Bruce informs me he has no idea how Calgary’s finest are enforcing the behaviour bylaw. Nor does he have "a legal right to ask."

District 1 Insp. Bob Ritchie confirmed police officers are issuing tickets under the new bylaw, but he doesn’t know what a homeless person looks like so he really can’t give much of a sense of what demographic is being most affected.

"It’s difficult to say," he told the Herald’s Eva Ferguson. "What does a homeless person look like really?"

Please. If the man responsible for downtown policing doesn’t know what a homeless person looks like, then the city has a bigger problem than the growing poverty and housing crisis that has led to record-breaking numbers of people living on the streets — mainly in the core, under Ritchie’s nose.

Homeless people look beaten down and unhealthy. They have long hair, are usually old men, and wear tattered clothes. They’re pretty easy to spot, Insp. Ritchie, because they’re the ones who look like their spirits have been broken.

Perhaps he should visit the Drop-In Centre, where a stack of behaviour bylaw tickets sits on director Dermot Baldwin’s desk. "I’m seeing hundreds," he told me recently.

He says most are for sleeping on park benches or jaywalking. I don’t know about you, but that’s not the behaviour I find threatening or uncomfortable; that keeps me from hanging around the core.

Aggressive panhandlers? Yes, by all means, charge them. Just fine them accordingly, not with a ticket even high-paid professionals would blink twice about paying. The tickets range from $50 to $300.

By being oblivious to the disconnect between the bylaw and reality, council has passed a law that makes things worse for people who are already down on their luck. Those who can’t afford to pay the nuisance fines end up in court, or don’t show up at all. Then they’re wanted for an even bigger offence, subject to jail and a criminal record.

The punishment doesn’t fit the action. It does perpetuate a useless cycle that solves nothing more than making our jails more crowded and further beating down those who are already beaten.

It also gives the false appearance the mayor and aldermen take the problem seriously and are addressing the issue, while the root causes go ignored.

There are smarter places to put police resources, like in going after real criminals — gang members, robbers and drug dealers, causing far more serious problems, ironically next door to the homeless.

The addition of a civility bylaw when a number of good laws were already on the books to deal with bad behaviour targets the population more than the behaviour. It sends a message homeless people are worthless at a time when they are already the subject of random bashings and bullying.

Council should review this bylaw and study how effectively it’s working, to look at how many tickets have been issued and for what actions. Police, even if they don’t know what a homeless person looks like, should easily be able to break out the numbers issued to those with no fixed address.

Slapping homeless people with demeaning tickets under the civility bylaw only reinforces a hatred of self, others and mistrust of the system. It makes vulnerable people more desperate for money, perhaps desperate enough to turn to a life of crime and violence.

There’s nothing civilized about it. If anyone should be fined for behaviour that’s not in the public interest, it’s council, for passing such a ridiculous bylaw.

Franklin Graham-invitation for the March for Jesus 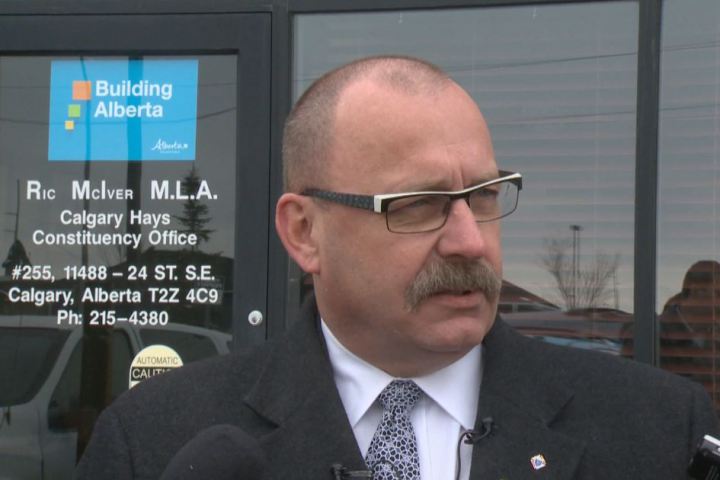 Ric McIver apologizes for taking part in March for Jesus