All you need to know about how rotten the Canadian Human Rights Commission (CHRC) is — how undemocratic and anti-freedom it has become — is that in hate-speech complaints, the commission has a 100 per cent conviction rate.

All you need to know about how rotten the Canadian Human Rights Commission (CHRC) is — how undemocratic and anti-freedom it has become — is that in hate-speech complaints, the commission has a 100 per cent conviction rate.

No one who has ever been hauled before it for allegedly uttering hate speech has ever been acquitted. Such a rate is impossible for a democratic institution because the state is never always right and the defendant never always guilty. This happens in dictatorships where those in charge control every aspect of the judicial system and there is no impartiality or independence. But it should not happen in a purportedly open, unprejudiced tribunal.

In one way, the conviction rate of the CHRC should be no surprise since the commission is both investigator and judge. One division probes complaints while another conducts the hearings. There is a veneer of independence, a thin gauzy curtain between the two sections, but nothing even remotely approaching the separation of responsibilities in the more formal judicial system.

At the CHRC, it’s as if the court that will eventually hear a case is also in charge of the police officers conducting the investigation and the prosecutor who will present the evidence, as well as deciding whether the accused is guilty as charged.

It gets worse, though.

This week, during final arguments at a CHRC hearing into hate-speech complaints against Marc Lemire (who is typically portrayed as a white supremacist, but who insists he is just a "certified computer expert who ran a website critical of immigration and the CHRC"), it was revealed that commission investigators are not above entrapment, telecommunications fraud and invasion of an innocent person’s privacy to harass suspects into a conviction.

After years of investigating Lemire, CHRC investigators had too little proof that he was a hatemonger to proceed to a hearing. So they began logging onto his website under an assumed name, "Jadewarr," and posting provocative comments in hopes of obtaining racist replies they could then use in their case again Lemire.

To cover their activities, it appears commission employees logged onto the Internet through a wireless connection they detected in a woman’s apartment near their offices, rather than using the commission’s own server. They neither sought the woman’s permission nor acquired a judicial warrant to tap into her computer.

During this week’s hearing, the woman’s name, address and telephone number were also revealed in public testimony.

These are the actions of people who have become a law unto themselves. They have convinced themselves that their goal — the eradication of hatred as they see it — gives them licence to run roughshod over traditional legal protections against wrongful conviction.

If they are convinced you are guilty, yet cannot gather enough evidence to prove it, they are not above manufacturing proof. There is no innocent until proven guilty. You are guilty once they decide you are and they will prove it no matter what.

That is appalling enough, but for them then to involve an innocent third party in their deception betrays an organization so obsessed with political correctness, so sure of the moral rightness of its crusade, that even the most evangelical pursuit of its ends is justified in its employees’ own minds.

You can see this in the words of lead CHRC investigator Dean Steacy. Asked by Lemire’s lawyer, Beverley Kulaszka: "What value do you give freedom of speech when you investigate one of these complaints?" Steacy replied, "Freedom of speech is an American concept, so I don’t give it any value. It’s not my job to give value to an American concept." Pardon me? Freedom of speech is entrenched in the Charter of Rights and Freedoms. And, of course, we inherited hundreds of years of English constitutional protection of free expression before that.

It truly is frightening to think our ability to express our opinions openly is at the mercy of an agency so entirely clueless about the nature and source of free speech.

But such scarily ill-informed notions of the role of free speech in a democracy are not confined to the CHRC. Our own Alberta Human Rights Commission (AHRC) also buys into the notion that free expression is secondary to political correctness.

Last December, commission panellist Lori Andreachuk ruled that Red Deer Pastor Stephen Boissoin was guilty of hate speech for a letter he wrote to the Red Deer Advocate in which he encouraged readers to join a "war" against gays, who he likened to pedophiles and pimps, and whom he blamed for diseases, among other things.

Andreachuk insisted "the eradication of hate speech is paramount" to freedom of expression. Freedom of speech, in other words, must take a back seat to the AHRC’s definition of hate and its fixation with stamping it out.

Human rights commissions are out of control. They need to be severely curtailed or, better yet, dismantled. 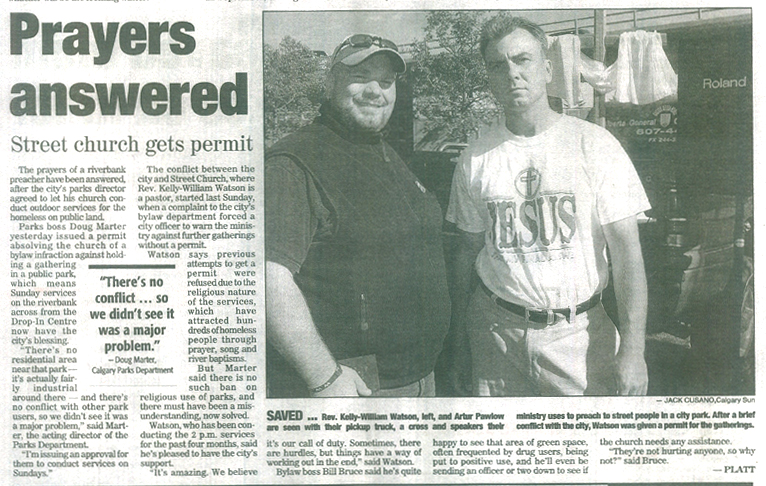