Controversial street preacher Artur Pawlowski, who claims to have invited Calgary Mayor Dave Broncon¬mer and the city’s aldermen to a gathering outside a city homeless shelter yesterday, said he wasn’t surprised by the no-show.

Pawlowski held the meeting at 5th Avenue and 5th Street in downtown Calgary in the hope that the civic politicians would turn up to listen to the homeless speak about the issues they face.

He said he did receive a call from both the mayor and Ward 12 alderman Ric McIver’s office express-ing their apologies for not being able to make it.

"I invited them out and most of them didn’t even respond. I am not really surprised, a little bit disappointed. I am surprised the mayor contacted me and I think it’s a good sign that at least he is listening," Pawlowski told Metro.

Pawlowski has been in trouble with police for breaking numerous bylaws concerning noise violations and health, food and safety regulations in the past while preaching to homeless Calgarians in downtown park areas.

Ward 8 alderman Madeleine King was contacted by Metro and said although she didn’t know about the event, she expressed her apologies for disappointing Pawlowski for her absence.

"I can’t attend every event and I am sorry if they were disappointed. It is however an issue I am very interested in and I am putting forward key strategies to deal with the homelessness issue," she added.

Steve Chapman, a former Calgary police officer running in the election this year for the Ward 8 alderman position, attended the event yesterday.

"I think we need to talk about solutions for the homeless," Chapman told Metro. 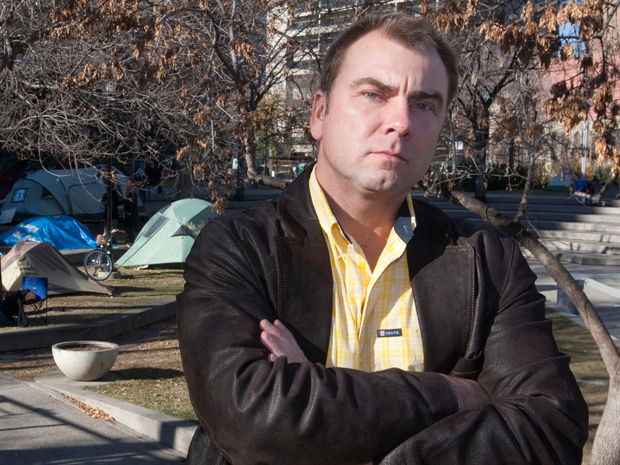 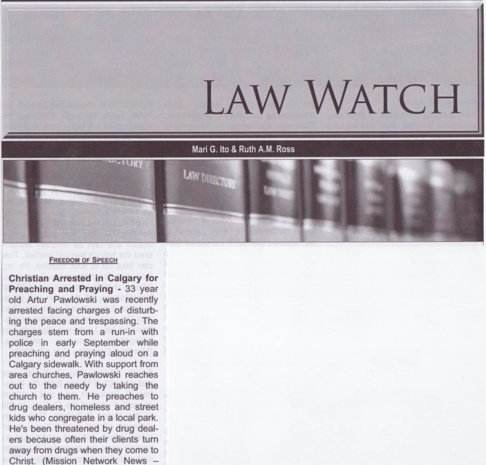 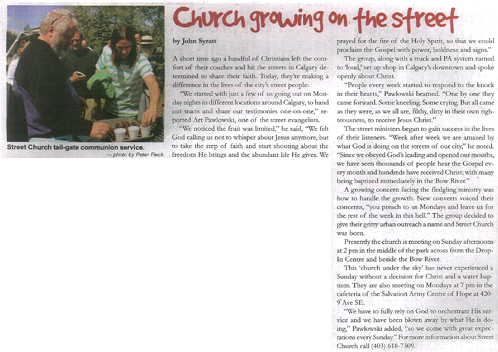 Church Growing on the Streets