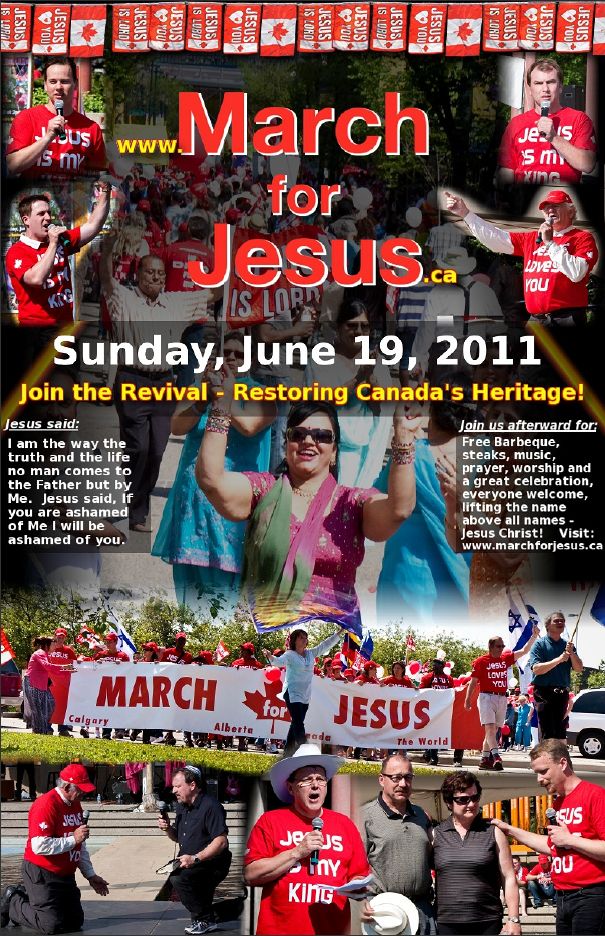 The March for Jesus 2011 is the second annual March for Jesus, in Calgary, since its reinstatement last year. We are very excited to announce that the March for Jesus 2010 was a huge success! Between 4,000 and 5,000 people attended the event. Two Christian media outlets covered the event, Miracle Channel and 1140 AM Radio. Prior to last year’s march it had been 10 years, since the last march in Calgary. Because of Calgary’s march, two other cities that we know of, in the United States, were inspired to run a march in their cities and went forward and did so. Just recently, the capital city of Warsaw, Poland said they were inspired by what happened in Calgary and decided that they will run their own march. We have also been contacted by other cities in Canada and the US, looking for guidance on how to run a march in their cities. Because believers in this city were faithful, others were inspired as well.

The feedback we continue to receive about last year’s march is really exciting. People keep telling us how deeply they were touched by the Holy Spirit. We have been told that attendees felt like they were having a huge family reunion, and that there was such a spirit of unity, peace, joy and celebration. Truly we saw people united under one God, one Savior, as one Body of believers. It is so awesome that what is impossible with man is truly possible with God. It was one of the most beautiful days of our lives and we are really looking forward to this year’s event! There is something really powerful when you publicly lift the name above all names, Jesus.

We were blessed with the Mayor of Truro, Nova Scotia, Bill Mills and Calgary’s Alderman Ric McIver who officially opened the March for Jesus in 2010. This year it is our hope that we, once again, will have strong Christian politicians to officially open the march. For your prayerful consideration, we invited both Stephen Harper, Prime Minister of Canada, and Stockwell Day, President of the Treasury Board of Canada and the Minister for the Asia-Pacific Gateway, to participate in the event.

If you did not make it to last year’s event, the celebration after the march was like a family gathering with the Heavenly Father. Even the day, being Father’s Day, was so precious. Before the event some people suggested that perhaps Father’s Day would not be a good day to choose since many people would want to spend the day with their earthly fathers, but God confirmed that this was the perfect day for the event. In fact, many different churches brought their dancers, flaggers, worshippers and singers. There was even some on the spot, Spirit lead, preaching and testimonies given during the celebration. Some people decided, at the event, to dedicate their lives to Jesus, which was such a wonderful gift from the Holy Spirit. It was awe inspiring and in the words of one participant, “the day started with the sun shining and ended with the Son shining”. On that note, the weather was supposed to be rainy, but although it rained all the way up to two days before the event we had clear skies and beautiful weather the day of setup, the day of the march and the day of take down, and then the rain resumed. Praise God! He is sooo good!

During this year’s march, we will once again boldly, and without shame, proclaim Jesus Christ over our city. The King… The Lord… The Saviour… The Way… The Truth… The Life… for all the earth to see. At the celebration, at Olympic Plaza, after the march this year we would like to include the same kinds of things that people enjoyed at last year’s event; barbecued Triple-A steaks and homemade hamburgers, popcorn, cotton candy, ice cream, toys for the kids and bouncy houses for them to jump in. For the families God has already prepared a special surprise. Remember, the event and all its activities after, including food, are free; so that all can enjoy without worrying about money, but the event is only made possible by the grace of God and the faithfulness of donors.

So, we invite you to come participate, celebrate, honour and lift the name of the creator of the heavens and the earth, our Saviour and Lord Jesus Christ to the glory of the Father, on Father’s Day, June 19th, 2011. Remember the Lord said, “Therefore whoever confesses Me before men, him I will also confess before My Father who is in heaven. But whoever denies Me before men, him I will also deny before My Father who is in heaven.” Matthew 10:32-33
We would like to invite you to come out to participate, support and stand toe to toe with other believers in this beautiful initiative. Our God is the god of the impossible, so join us and let’s march together for Jesus. Our King is worthy to be lifted up! So come.

All downloadable materials, located on the website, including radio commercials, are free for distribution

For more information, pictures and video from last year’s march, be sure to visit www.marchforjesus.ca. 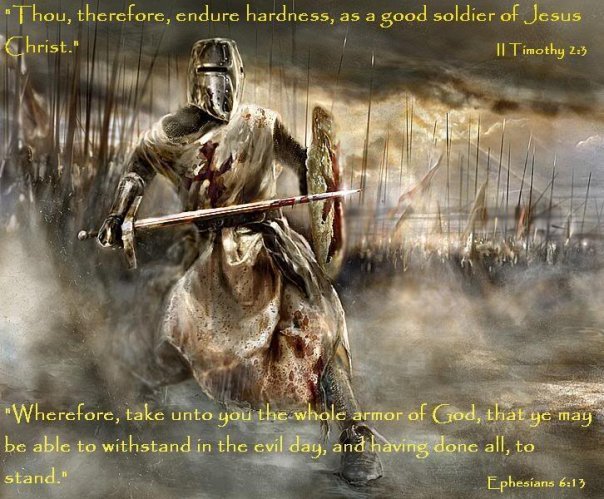