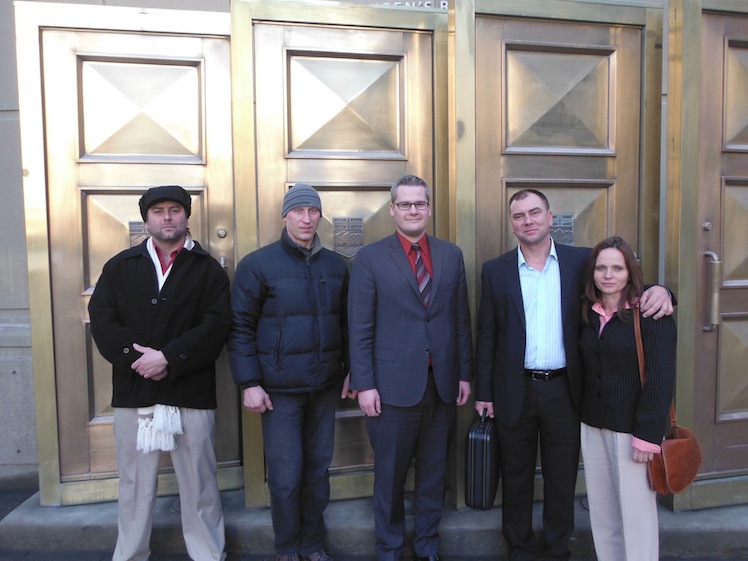 As some of you are aware, Street Church volunteers were taken before the Alberta courts with multiple charges for lifting the name of Jesus during the 2012 Stampede parade. The crown prosecutor of the city of Calgary was seeking a $10,000.00 penalty for each of the accused, and if they are unable to pay, possible jail time. During the trial, the city brought their heavy cannons (witnesses), in an attempt to make sure that the accused paid the penalty for their horrible crime.

Let me share with you the events as they occurred:

Day 1 – With the accused being dragged before the court and the intimidation of penalties and possible jail time ever present, the crown prosecutor stands up and addresses the judge. He states, “Before we go any further, I call no evidence on five of the charges presented before this court.” Let me explain to you why this is outrageous. When you are accused of a crime you must spend countless hours in preparation of your defence and legal arguments. The Crown was fully aware that we did not commit any crime, but charged us anyways, forcing us, the defendants, into wasting precious time and resources. This is yet another example of our city making a mockery of our legal system. He then called the witnesses.

Day 1, 2 and 3 – The court heard the testimony of three crown witnesses, two police officers, and the head of Stampede security. The officers testified about the events that took place. Then the third witness, the head of Stampede security, came forth and gave his testimony contradicting the police officers. Their testimonies were outright lies. This is heartbreaking when the representatives of the law have no problem spreading falsehoods without the blinking of an eye. It’s worth mentioning, those officers were swearing on the Bible – the whole truth and nothing but the truth, so help them God, yet had no problem producing false witness.

Day 4 – The Crown prosector, hearing all his witnesses contradicting themselves, decided to ask the judge to acquit Arthur Pawlowski of one of the charges. The judge agreed and so the trial continued with the four remaining charges.

Day 5 – The judge had the opportunity to hear Arthur Pawlowski’s testimony and the trial ended the following week with oral submissions by the Crown prosecutor and our lawyer. The judge reserved his decision until June 14, 2014. The city of Calgary was not happy with how the trial unfolded. Presently, Street Church ministries is facing three more trials that are scheduled for October and November of 2014.

Please pray for strength, wisdom, and resources so that we will be able to continue defending our rights as Christians in this supposedly “democratic” society.

Good News for this Weekend

From Gangster to Soldier of Christ