Kisumu is a port city in western Kenya at 1,131 m (3,711 ft), with a population of 968,909. It is the largest city in Nyanza region and second most important city after Kampala in the greater Lake Victoria basin.

When we arrived in Kisumu, we met with our friend Jasper who pastors Deliverance Church Kisumu in an area known as Kondele. Jasper is the man who had been kicked out of his previous church for preaching the Gospel in the streets and whose efforts we have been supporting for years with monthly gifts. During our visit, we finally were able to see firsthand if we had made the right investment. I have to admit that I was a little bit anxious. After hearing many stories over the years about dishonesty and manipulation in some poor countries, it was easy to wonder about the prudence of our decision, but what we saw was amazing. With only nineteen hungry souls back in 2007, this church had managed to grow to a congregation of over a thousand people. (The congregation has since grown to 1 500). The burgeoning church had prospered so much that it was now in the position to purchase another piece of land in a prominent area in order to build a bigger church that would hold a much greater number of people.

The original church is located in a very sketchy part of town filled with violence, prostitution and drugs. This location was very intentional, because the members had decided that light shines best in darkness. By conducting crusades, Jasper and others were able to bring the Gospel to the entire community. When we arrived, the church was preparing for another set of outdoor crusades.

At this point, my leg was double its normal size and the pain was unbearable at times. This is where the rubber met the road. In the Word of God it says that you cannot please God without faith, and I knew that God Himself had sent us to Kenya to tell the story of healing and miracles. In fact, my son Nathaniel was a walking testimony of the impossible and I refused to believe that God would send me thousands of miles from home just to jump in front of thousands with a broken leg saying, “My God heals!” Everything in me rejected the possibility of not receiving this miracle before the crusade began. So we prayed. Then, we prayed some more. And then, we prayed again. I have to tell you that our God loves determination and persistence. We all knew that God had brought us here with a precise message. We also knew that when our Lord sends us somewhere, He also supplies all of our needs including the physical. And just like that, the day before the crusade I was healed!

For the three nights of this crusade, we and our partner team from Calgary’s Centre Street Church were able to preach to many. We saw hundreds, if not thousands, receiving Christ into their lives through repentance. Praise God! We had a wonderful time with our brothers and sisters as we danced (yes! danced, not hobbled), preached and shared testimonies. I have to admit that the story of my son’s healing and the medically impossible restoration of his lung along with my dancing and jumping around on an ankle that had been broken just recently were tangible and real manifestations of what God wants to do in their lives as well. I love those moments.

The whole team did a great job. Nathaniel felt like a super hero as he was constantly surrounded by African children. They all wanted to touch and talk to the “miracle baby” who should not have lived, but is alive, and who should not have breath, but was breathing. Dawid and Dave also shared their testimonies with great passion, and it was clear that they impacted many.

The setting of the crusade was unimaginable for most of us. Picture thousands of people gathered around a stage that was erected in the middle of the field with tires and other garbage burning just a few metres away. The place could be described like hell on earth, and yet Jesus showed up in the middle of this darkness bringing His light. I preached from the stage saying:

“Perhaps others have said that nothing good can come from Kondele, that you are good for nothing, and that you were born a prostitute, murderer, thief and a loser and that’s your destiny. But, I am here to tell you what my God is saying! He says your tomorrow doesn’t have to look like yesterday! My God is the God that heals and He is in the business of changing losers into sons and daughters of the Almighty King. He has a future for everyone who is willing to repent and turn from their wicked ways. You were called to be a lion not a chicken. Chickens end up on our barbeques. You were called to be an eagle, and eagles do not eat dirt from the earth. They are called to soar above their circumstances. Now come and receive your inheritance! It is paid for on the cross of Calvary by Jesus Christ so come and take your freedom!”

God also told me to tell the black people that it is time for them to stop relying on the white people for help. They are to stand up in the name of Jesus Christ and fight for their own countrymen and for their own continent, because that is their inheritance, their promise land. He wants them to lead the way in righteousness, integrity and honesty. It is time for them to claim and regain all of the promises of God. “This is your land,” I said “And those are your people, so take what is rightfully yours in Christ. Take the peace, joy, healing, miracles, prosperity and everything else that our mighty King Jesus has for Africa!” So people came, stood in front of us crying and received from the Throne of Grace what God had in store for them. Those few days were very powerful, not only for them but also for us.

At crusade, in one of the worst ghettos I have ever seen, we experienced a wonderful surprise. Our video camera and professional recording equipment worth thousands of dollars must have fallen out of our vehicle when Dawid went to retrieve some things for the children at the event. Some time later, a bunch of children came to me asking me if the bag belonged to us. I checked the bag and there was nothing missing. Can you believe it! We were in one of the poorest places on the planet. If it were not for the honesty of those children you would not be able to see and enjoy all of the pictures and videos from the trip. When you look at those children, it seems they have nothing. Yet, when it comes down to it, I think that they have a lot more than most people in wealthy America. Those children have honest hearts.

Our next travels took us to the school for orphans that we had started years ago. After purchasing a few months worth of food and gathering up the piles of toys, comics, balloons and other goodies we had brought from Canada, we went to minister to the students and teachers there. In every class we were able to share the Gospel and distribute gifts. The majority of the students were Nathaniel’s age, so he felt very important as he passed out toys and interacted with the kids. The look of pure joy on their faces was something unforgettable. To be able to spark a light in another person for now and for eternity is a special gift from God.

When you are in the service of God, not only does He send you to do His job, but He rewards obedience by fulfilling the desires of your heart. God is a personal God. On this trip, God’s gifts were overflowing. We were able to go to Lake Victoria on a boat trip to see up close animals like hippopotami, lizards, and unique birds that only live in that area. Nathaniel was so excited! We were in a boat only metres from the most dangerous animals in Africa: the mosquito and the hippopotamus. My son also had dreamed of going to the jungle and being amongst the monkeys, and God fulfilled that desire as well in our visit to the untouched Kakamega Jungle. There in the jungle are big cats, snakes, monkeys and people living in mud houses just as they have for thousands of years. With a hired guide, we travelled through the jungle for about 15 kilometres. We were able to see the most extraordinary vegetation as monkeys jumped through the trees above our heads. Nathaniel and Dawid came prepared to defend us from the wild animals with machetes and knives, but thank God that there was no need to :-).

The area of Kisumu is known for its high risk of contracting malaria. Mosquitoes are the #1 Killers of Humans. The mosquito is responsible for 3 million deaths a year, and is found worldwide. It spreads Malaria, Yellow Fever, and West Nile Virus. Despite having been vaccinated, we still had to be very cautious and were careful to sleep under mosquito netting. Contaminated water was also a concern, so we used filters and bought bottled water. Even though the favour of God was upon us and we had taken these precautions, we felt the enemy raging, trying to attack us from every angle. I felt his wrath specifically upon me with very strong force. On one particular day, I started to feel very, very sick. I do not remember ever being so physically sick like this in my life. I shivered and sweat so much that it looked as if I just stepped from the shower. All night long I talked deliriously in my sleep and went in and out of consciousness. Though this was a very dangerous attack, God brought me through victoriously :-). To this day I do not know what hit me. Was it malaria or something else? In the end, it does not matter. When we are under heavy fire, we keep moving and the One that sent us is the One that fights all our battles and deals with all the obstacles. You see, the battle (always) belongs to the Lord.

Tea plantation (we bought supplies for us and Dave our own English man:-))

Food that we bought for orphans

Kakamega Forest is situated in Western Province Kenya, north-west of the capital Nairobi, and near to the border with Uganda. It is said to be Kenya’s last remnant of the ancient Guineo-Congolian rainforest that once spanned the continent. 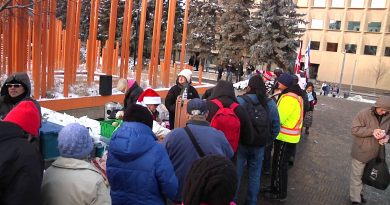 What is Christmas all about? – Artur Pawlowski 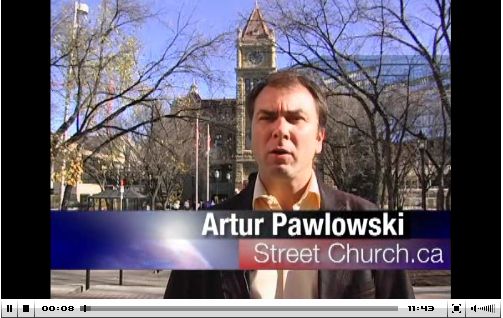